Alex Hern looks at who the ideal Republican candidate would be for the Democratic party in the US Presidential election race. 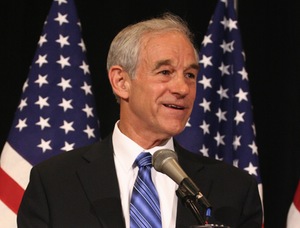 One of the side-effects of Barack Obama running uncontested for the Democratic presidential nomination is that there are a whole lot of Democrats sitting around with nothing to do on primary days.

Some of these Democrats have taken the step of registering – temporarily – as Republican, in order to influence the primaries. But if they do so, who should they vote for?

The obvious response would be to say that they should go for one of the moderate contenders, so as to avoid the terrible far-right candidates from winning the nomination.

If this is the case, a vote for Huntsman or Romney would be best. It would make the eventual presidential race one between two centrists, either of whom could be reasonably trusted to run the country competently for four years.

The problem for these sheep in wolves’ clothing (as it were) is that Huntsman and Romney are also the candidates who are most likely to be able to defeat Obama.

Sunny Hundal argues that for this reason, his preferred candidate is “anyone but Romney”:

“Why? Simply because Mitt Romney is more ‘electable’ than the other likely Republican candidates. He can easier make the case that because he ran a big company he can run America successfully. He has also raised a ton of money to compete against Obama…

“It is a fallacy to assume Mitt Romney will remain centrist. If elected President he’ll have to continue to prove to his base that he is one of them and that they can work with him. Remember, a US President cannot pass whatever laws he wants: he needs Republicans on side.”

However, merely securing an Obama victory would be a wasted opportunity for people eager enough to affect the primary process that they will re-register.

As Seneca Doane at Daily Kos writes, the aim should be to:

“Send a message of disappointment to Obama in the Iowa caucuses without significantly harming the Obama campaign.”

“I would vote for Herman Cain, who remains on the ballot…

“The Republican Party is not allowing its voters to vote “uncommitted” this year. (They are most likely afraid that it would be the runaway winner.) But they couldn’t take Cain’s name off of the ballot – and a vote for Cain is, in 2012, the way that Republican caucus voters (be they Republican or Democratic the rest of the year) can, in effect, vote “uncommitted”.”

“And that does hurt the Republican storyline.”

A former Iowa state Representative for the Democrats, Ed Fallon, goes a different route, suggesting that voters should:

“Support one of the less extreme candidates: Ron Paul, John Huntsman, Buddy Roemer or Fred Karger. Any of them would provide a far healthier debate with President Obama on key issues.

Of course, three of these candidates have long been dismissed by the corporate media and the Republican Party. That’s wrong, it’s unfair, and pre-picking an ‘acceptable’ field of candidates must change… but that’s a battle for another day.”

If voters really want to have an effect, they should follow Fallon’s advice, and go for a candidate who will push Obama in the right direction when it is the time for debate. Any message sent will be far stronger if it’s delivered on national television by the opponent.

As Fallon points out, of the four “less extreme” candidates, only Ron Paul has any chance of actually securing the nomination. And although “less extreme” doesn’t mean “won’t let people die if they can’t afford insurance”, the prospect of a Republican candidate attacking Obama from the left on some issues would be a positive for many progressive democrats.

This would all be very academic, were it not for the remarkably close margin between Romney and Santorum. What may have been a bit of a lark to make a point could suddenly become a very big deal indeed, especially if more than eight Democrats voted for Romney.

Doane, at least, appears to have had little effect: In the end Herman Cain wound up getting twenty-eight votes.

6 Responses to “Who is the Democrats’ Republican candidate?”