U.S. presidential hopeful Mitt Romney an awful lot of his wealth and income away from the yes of the American Treasury and in the Cayman Islands - international tax haven and overseas british territory, or in old-fashioned language, colony of the British Empire. 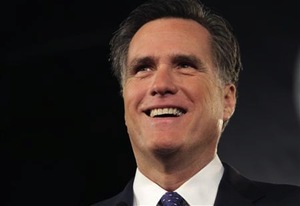 Frontrunner for the Republican presidential nomination Mitt Romney has been under fire over in the United States  for not being entirely open about his tax arrangements – and it is clear why.

The former Massachusetts Goverbor stashes an awful lot of his wealth and income away from the yes of the American Treasury and in the Cayman Islands – international tax haven and overseas British territory, or in old-fashioned language, a colony of the British Empire.

As American broadcaster ABC has reported:

“Mitt Romney has millions of dollars of his personal wealth in investment funds set up in the Cayman Islands, a notorious Caribbean tax haven.

“As the race for the Republican nomination heats up, Mitt Romney is finding it increasingly difficult to maintain a shroud of secrecy around the details about his vast personal wealth, including, as ABC News has discovered, his investment in funds located offshore and his ability to pay a lower tax rate.

“His personal finances are a poster child of what’s wrong with the American tax system,” said Jack Blum, a Washington lawyer who is an authority on tax enforcement and offshore banking.

“On Tuesday, Romney disclosed that he has been paying a far lower percentage in taxes than most Americans, around 15 percent of his annual earnings. It has been Romney’s Republican rivals who have driven the tax issue onto center stage.

“But tax experts tell ABC News there are other reasons Romney may not want the public viewing his returns. As one of the wealthiest candidates to run for president in recent times, Romney has used a variety of techniques to help minimize the taxes on his estimated $250 million fortune.

“In addition to paying the lower tax rate on his investment income, Romney has as much as $8 million invested in at least 12 funds listed on a Cayman Islands registry.

“Another investment, which Romney reports as being worth between $5 million and $25 million, shows up on securities records as having been domiciled in the Caymans.

“Official documents reviewed by ABC News show that Bain Capital, the private equity partnership Romney once ran, has set up some 138 secretive offshore funds in the Caymans…

“Tax experts agree that Romney remains subject to American taxes. But they say the offshore accounts have provided him – and Bain – with other potential financial benefits, such as higher management fees and greater foreign interest, all at the expense of the U.S. Treasury. Rebecca J. Wilkins, a tax policy expert with Citizens for Tax Justice, said the federal government loses an estimated $100 billion a year because of tax havens.

“Bain’s presence in the Cayman Islands is not something the firm advertises. The Los Angeles Times first disclosed Romney’s offshore accounts in 2007, during his initial run for the presidency.

“ABC News found references to the firm’s accounts in the Caymans in the footnotes of securities filings. When ABC News went to the office address listed for Romney’s Bain funds, lawyers in the Caymans were not eager to answer questions.”

Mitt Romney has been widely tipped as almost a dead cert to win the nomination. But with the Iowa caucus having been finally declared for Rick Santorum, and the withdrawal of Rick Perry allowing a consolidation of the anti-Romney vote, it seems that there is a lot more blood, sweat and dollars to be spent by the former financier before he wraps up the nomination.

Meanwhile,  with British overseas territories being brought squarely into the centre of the American political debate on how the super-rich can game the system to their advantage, the goings on in the likes of the Anguilla, the Virgin Islands and Nevis will come under more scrutiny than ever before.