Kate Hudson of CND reveals what 1981’s cabinet papers show about Mrs Thatcher’s determination to secure Trident over the objections of her own party. 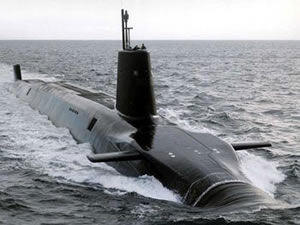 Strange to find a retrospective ally in Thatcher’s defence secretary John Nott. Yet that is what the 1981 cabinet papers, released last week, convey loud and clear.

In February of that year, Thatcher met with Nott and foreign secretary Lord Carrington at Downing Street to discuss the purchase of Trident nuclear missiles from the United States. Nott, the papers show, told Thatcher that a full debate on nuclear policy was essential:

Obviously – from my point of view – Nott was making the right demand for the wrong reason: he was in full support of buying Trident and wanted to win the rest of the Tory party to his position. But nevertheless his instinct was right – change people’s minds through open debate and discussion.

But Mrs Thatcher had no interest in debating the issue and saw no need to win hearts and minds when she could make such significant decisions behind the scenes, without scrutiny or accountability.

In fact she had already made a secret deal with US President Jimmy Carter to buy the missiles in July 1980. The rest of the cabinet only became aware of the deal when the details were leaked in the US.

Yet even though Trident was a done deal, it continued to cause concern amongst Thatcher’s ministers.

In March 1981, trade secretary John Biffen warned Thatcher that support for the anti-nuclear movement would increase, surpassing its 1950s Aldermaston peak. Biffen was indeed right as CND membership grew exponentially and it went on to mobilise many hundreds of thousands against Pershing, cruise and Trident in the years that followed.

Biffen warned of the electoral impact of this opposition on the Tory vote and so the party machine went into overdrive to discredit the movement – and by association the Labour party – through a systematic campaign of lies, smears and dirty tricks.

None of that is really surprising of course. Of far greater significance is the news of the scale of opposition to Trident within both Tory cabinet and party ranks. It is all too easy to make assumptions about what one’s perceived political opponents will believe. Clearly, even at the height of the Cold war, the majority of Tories did not have a knee-jerk pro-nuclear reaction.

Recent polls show Tory supporters marginally more in favour of scrapping Trident (48 per cent) than not (47 per cent), but the actual views of Tory party members – and indeed cabinet members – are not available in quantifiable form. But it is hard to believe that there can be anything like the unanimity on the subject that is popularly portrayed.

Strong opposition from senior military figures describing Trident as useless must cut some ice, as must the swingeing cuts made to conventional defence as MoD money goes on nukes.

I have no doubt that there are major debates at top political levels about whether or not Trident should be replaced. All the more reason why, as Nott said in 1981, there should be a full debate on nuclear policy.

Thirty years later, as we head towards Trident’s successor, we have still not had one. And now – as spending on replacement grows, even prior to the final decision in 2016 – is the time to have that discussion, openly and without prejudice.

18 Responses to “Now we know: Thatcher shut down debate on Trident. Will the coalition follow course?”