With each passing day, at the dawn of 2012, the future for Syria looks ever bleaker, with President Bashar al-Assad becoming ever more brutal, writes Shamik Das. 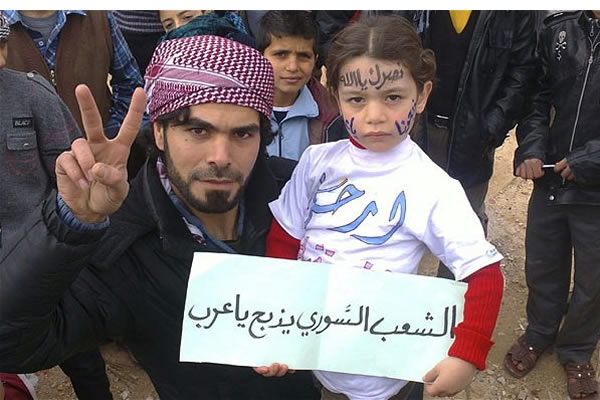 With each passing day, at the dawn of a new year, the future for Syria looks ever bleaker, the tsunami of revolution springing across the Arab world stalled upon the blood-soaked hands of the Damascus despot and his appeasers in the West, writes Shamik Das

More than 5,000 – five thousand – people have died since demonstrations, huge outpourings of public disgust at President Bashar al-Assad’s regime, began in March, with several thousand Syrians detained, injured and tortured. Not even patients and doctors are safe from Assad’s death squads, who appear to be finding ever more heinous ways to silence the protesters’ voices.

While a surgeon, who uses the pseudonym Omar al-Hakim, told the Sunday Times (£) that doctors were having to set up secret hospitals to avoid the regime’s brutal crackdowns:

“Many people went into those [regular] hospitals with minor injuries, and came out dead… The most important thing is that the place [the secret hospitals] should have two exits, so that we can escape easily if the security forces find us.”

Hakim was forced to watch, helplessly, as a 28-year-old victim in need of surgery died before his eyes. “He was bleeding so badly and the security forces had closed all the roads. I couldn’t do anything more for him,” he said.

“All I did was hold his hand and tell him everything would be all right; that he was going to a better place now and that we would continue the revolution – till the last one of us.”

The evidence, of which the above testimonies are only a part, is clear: unless action is taken, and soon, thousands more will die, with many more tortured, jailed and injured. Following the overwhelming success of Operation Unified Protector in freeing Libya, the time has surely come for the West to give voice to the voiceless, heed their calls to strike against Assad and undertake its responsibility to protect.

As Nick Cohen wrote in the Observer, the consequences of inaction, of non-intervention, are dire not just for the Syrians but the wider world:

As in the Spanish civil war, when Britain and France preached non-intervention while Hitler and Mussolini sent arms and men to help Franco’s fascists, so the “international community” does nothing in Syria today while Iran and Hezbollah pour in Shia troops to slaughter civilians. Contrary to Syrian state propaganda, Sunni terrorists from al-Qaida are not in Syria to fight back against the regime just yet. But I cannot see them staying out for long.

Intervention to stop a regional war carries vast risks. But we should be honest about the consequences of acquiescing to Assad. A failed state and nest for terrorism will sit on the edge of the Mediterranean. Foreign mercenaries and Alawite paramilitaries will continue to massacre a largely defenceless population and the conflict may spread into Iraq, Israel, Turkey and Jordan.

As the news that escapes the control of the Syrian censors reminds us every day, those who say we should do nothing also have blood on their hands.

That people can be buried alive in shipping containers, tortured on hot metal plates, slain in hospitals, in 2012, in 2012, today, now, in our time, in our lifetime, defies belief. It’s time to act; the Syrians, nay all men and women, deserve freedom, democracy and liberty every bit as much as we do.

• Syria: Both Assad and the demonstrators announce ‘no compromise’ – Alex Hern, October 31st 2011

76 Responses to “Syria: When will the West act?”