Shamik Das looks at Stephen Lawrence’s legacy of hope for the future, as his racist killers David Norris and Gary Dobson are jailed for his murder. 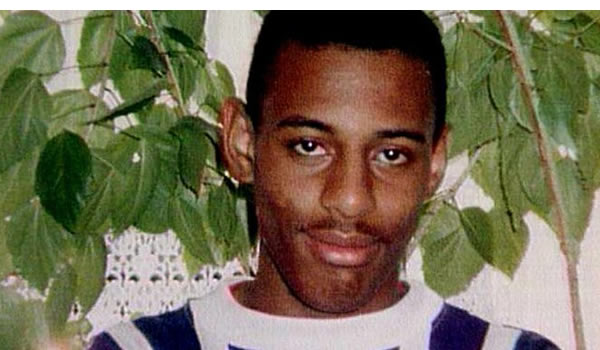 As justice begins to catch up on his killers, Stephen’s legacy endures, most notably via the Stephen Lawrence Charitable Trust, set up by his family in his memory and to inspire and help young people just like him. Since 2000, the Trust has helped many young people realise their ambitions to become architects by supporting them with bursaries and mentoring support.

In 2008, the Stephen Lawrence Centre was opened in Deptford, South East London giving thousands more young people an opportunity to nurture and use their creativity.

As the SLT say:

As a young child, Stephen demonstrated an interest in art; he loved to draw and paint. Stephen was a keen learner; he was good at most subjects at school, but his best were art and maths.

As well as his interest in design, he was also an entrepreneur – at 16, he set up a small business with his best friend designing and selling T-shirts, caps, jackets and book covers of well known bands, rappers and political figures such as Malcolm X. He even worked as a film extra alongside actor Denzel Washington in the film For Queen and Country.

Stephen decided to use his skills in art design and maths to aim for a university place studying architecture. Following his GCSE exams, his family found him work experience with architect Arthur Timothy’s practice.

Stephen was just like most young people, juggling an active social life, school work, family commitments and part time employment. He had ambitions to use his talent for maths, art and design to become an architect and wanted to have a positive impact on his community.

Below is just one of the testimonies:

“The Trust opened up the world of architecture to me… it has invested in my future, saying I am good and I am talented.”

As Paul Anderson-Walsh, managing director of the SLCT, said of Doreen and Neville:

“What their heart was, was to say is it possible that something good can come from something just immeasurably bad, and so the idea was to see if it was possible, if it were true in fact that life could spring from death.

“And so, of course, Stephen passed away and his desire was to be an architect, and so while that was taken from him, what the Lawrence family has been able to do is to give it to other “Stephens” as we call them.”

Stephen will remain forever young, forever 18, killed by hate, his future stolen, but as New Britain grows old, his legacy lives on; in our schools, police service, in the “Stephens”, in society, in our fairer, less racist world, one of hope, of dreams, of optimism… slowly but surely, we shall overcome.

• Action must be taken whenever racism rears its ugly head – including in sport – Sabby Dhalu, November 12th 2011

12 Responses to “Stephen Lawrence: The legacy that lives on, the hope, the dreams of a better future”