Ed Jacobs looks at the reaction to the debate on Scottish independence from Wales, Northern Ireland and the English regions. 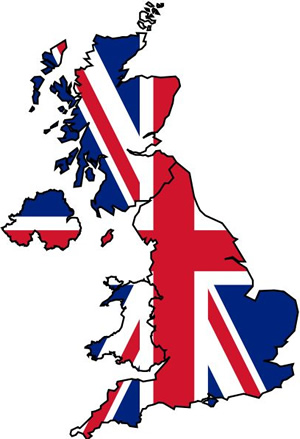 As the debate over the future make-up of the United Kingdom rumbles on, with Alex Salmond using an interview on the BBC’s “Sunday Politics Scotland” programme to call for a meeting between him and the prime minister, one former Labour cabinet minister has called for the debate to include a re-examination of the prospects for regional devolution in England.

With the Boundary Commission for Wales last week announcing its plans to cut by a quarter the number of parliamentary constituencies in Wales, the Labour MP and former Secretary of State for Wales and Northern Ireland, Paul Murphy, has called for measures to prevent the dominance of England within the union.

“In effect it is an English parliament in the sense that they’ve got in England far more members of parliament than Northern Ireland, Scotland and Wales put together.

“That’s why we were arguing very strongly about the number of Welsh members of parliament, to keep our voice up.”

Though admitting that Labour’s in 2004 to establish an assembly in the north east of England had failed, Murphy argued the climate was such that English regions might be prepared to re-assess the case for regional devolution, concluding:

“Although it didn’t work before when we had a referendum in the north east of England, I’m not quite so sure these days that English devolution within the regions is off the map.

“People should consider now having regional government in England as a means by which we progress constitutionally.”

Murphy’s comments come as the latest in a string of developments which are beginning to focus on what the consequences of an independent Scotland might be.

Speaking at Friday’s British-Irish Council meeting in Dublin, Welsh first minister, Carwyn Jones, whilst expressing his hope Scotland would remain in the Union, argued changes would be needed if Scotland was to go it alone.

Speaking to journalists he argued:

“You can’t just take Scotland out and expect the UK to continue as before. You would have for example, a Parliament in London with about 550 MPs, 510 of whom would be from England. Well that’s no good to us at all.

“There would need to be a fundamental rethink of the nature of the relationship between the three nations left within the UK in order to make sure that, what was then the UK, was a stable body where people felt that they had full representation.”

Expanding on his thoughts, speaking to the Guardian’s chief political correspondent, Nick Watt, Jones suggested a reformed House of Lords could be used as an opportunity to prevent English dominance, explaining:

“Why not have an upper house with equal representation from England, Wales and Northern Ireland – same as the Senate. It would be more of a federal structure.

“It is up to the people of Scotland what they do but it is certainly not the case that somehow things would carry on as normal.”

For David Williamson, political editor at the Western Mail, the developments are a growing sign of the Celtic nations asserting themselves within the union.

In the wake of Carwyn Jones’s comments to the Guardian, he wrote:

This came days after Mr Jones made it clear that he would speak up for Wales on international issues.

Speaking in the Senedd, he said:

“[Where] Wales’s interests are under threat, where we need a strong voice in Europe, and where it is important that Wales has a stage in the world, I will continue to put Waless view forward and to stand up for Wales, even though there are those who claim that the people of Wales have no right to a say through their elected Government; I reject that claim out of hand.”

When Alun Michael entered the old Assembly debating chamber for the first time as Labour First Secretary in 1999, did anyone imagine that in 2012 a Labour first ninister would argue that he spoke for the people of Wales on the world stage and that the institution he led was their elected government? Who would have thought there would not be a Labour first minister in Scotland?

“Regardless of whether the SNP wins or loses the referendum, a revolution has already taken place in UK politics.

“Historians may look at this extraordinary evolution as a result of a growing sense of Welsh and Scottish nationhood, hastened by anger at the Westminster expenses scandal, the bloodshed in Iraq and the bail-out of bonus-rich bankers.

“But they will also talk about the Salmond effect. Judging by the plutonium-grade energy of this political maestro, whom the Economist recently compared to a teddy bear driving a bulldozer, we have yet to feel the full force of his ambition, plans and will.”