Ken Livingstone is neck-and-neck with Boris Johnson in the London Mayoral election, the latest poll has revealed, with the contest too close to call. 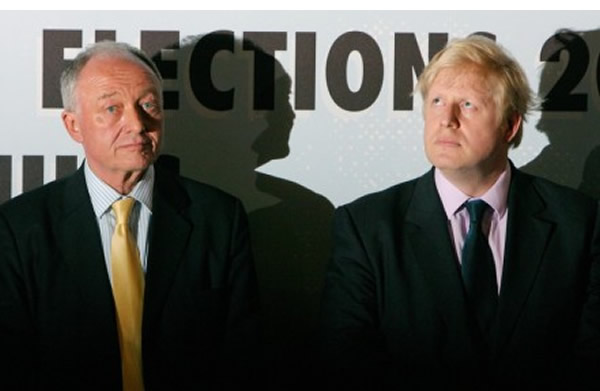 Ken Livingstone has turned round an eight-point lead in the last seven months to lead Boris Johnson by two points in the latest YouGov London Mayor poll (pdf). Taking account of sampling error, the race, which had been Johnson’s to lose, is now “too close to call”, according to YouGov president Peter Kellner.

“Our poll suggests two factors have been at work: one has dented Boris’s appeal, while the other has burnished Ken’s.

“Boris’s new year problem is that he is seen as increasingly out of touch. As in our poll last June, we listed eight characteristics and asked people to say which applied to the two candidates. As a rule of thumb, with this kind of question – where we ask people to pick from a list rather than judge each characteristic separately – anything over 30 is a good score, and anything under 15 a bad score.

“The proportion saying Boris is ‘in touch with the concerns of ordinary people’ has tumbled since June from 20% to 13%. A bearable score has become a terrible one. Meanwhile Ken, who was already ahead with 37%, has seen his ‘in touch’ score climb to 40%. He was in front; he is now out of sight.”

“As for Ken, it looks as his promise to cut fares on buses and the tube has made an impact. Among all Londoners, transport vies with crime as their top concern. But among Ken’s supporters, transport is clearly ahead.”

Encouraging news, then, for Team Ken, but there’s still plenty to do; as Dave Hill, of the Guardian’s “London Blog”, says:

“One poll, of course, is precisely that – just one poll. The Livingstone camp is stressing that it is far from complacent.

“A couple of points caught my eye in the detail. One is that Ken’s honesty rating remains lower than Boris’s: 18% compared with 24%. The other is that Ken scored much higher than Boris when the sample was asked which had achieved more as mayor: 40% thought Ken had done better compared with 30% for Boris.

“The highest profile achievements of Boris’s term – such as his cycle hire scheme and his new bus – have been of little benefit to most Londoners, so there isn’t all that much for him boast about. It’s been noticeable that Ken-hating media friends of the Tory mayor barely mention Boris’s record, preferring to denigrate the personality of his Labour rival.

“The findings of the new poll don’t seem to give the anti-Ken campaign in its various forms any reason to divert from a path of relentless negativity. That said, has that approach really helped Boris so far?”

Exactly fifteen weeks today London goes to the polls, with the race blown open and all to play for.

• Boris’s retreat from accountability over the Met should worry us all – Joanne McCartney AM, January 16th 2012