Paul Krugman has attacked the “austerity debacle” taking place in Britain, pointing out the UK is "nowhere close" to regaining ground lost during the recession. 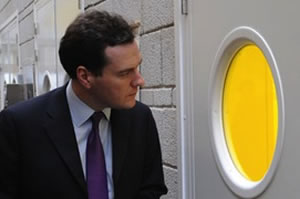 Economics Nobel Laureate Paul Krugman has attacked the “austerity debacle” taking place in Britain and elsewhere, pointing out the UK is “nowhere close” to regaining ground lost during the recession, with the country doing much worse than it had after the 1930s Depression and 1973, 79 and 90 recessions.

In his latest NY Times column, he notes:

Last week the National Institute of Economic and Social Research, a British think tank, released a startling chart [see Chart 1 below] comparing the current slump with past recessions and recoveries.

It turns out that by one important measure – changes in real G.D.P. since the recession began – Britain is doing worse this time than it did during the Great Depression.

Four years into the Depression, British G.D.P. had regained its previous peak; four years after the Great Recession began, Britain is nowhere close to regaining its lost ground.

Nor is Britain unique. Italy is also doing worse than it did in the 1930s – and with Spain clearly headed for a double-dip recession, that makes three of Europe’s big five economies members of the worse-than club. Yes, there are some caveats and complications. But this nonetheless represents a stunning failure of policy.

And it’s a failure, in particular, of the austerity doctrine that has dominated elite policy discussion both in Europe and, to a large extent, in the United States for the past two years.

He goes on to take aim at British economic policy in particular, accusing the coalition of resorting to “ideologically convenient wishful thinking”, and throwing “hard-won knowledge” gleaned over the past 80 years “out the window”, mocking the idea of expansionary fiscal contraction:

Haven’t we learned a lot about economic management over the last 80 years? Yes, we have – but in Britain and elsewhere, the policy elite decided to throw that hard-won knowledge out the window, and rely on ideologically convenient wishful thinking instead.

Britain, in particular, was supposed to be a showcase for “expansionary austerity,” the notion that instead of increasing government spending to fight recessions, you should slash spending instead – and that this would lead to faster economic growth.

“Those who argue that dealing with our deficit and promoting growth are somehow alternatives are wrong,” declared David Cameron, Britain’s prime minister. “You cannot put off the first in order to promote the second.” How could the economy thrive when unemployment was already high, and government policies were directly reducing employment even further?

The infuriating thing about this tragedy is that it was completely unnecessary. Half a century ago, any economist – or for that matter any undergraduate who had read Paul Samuelson’s textbook “Economics” – could have told you that austerity in the face of depression was a very bad idea.

But policy makers, pundits and, I’m sorry to say, many economists decided, largely for political reasons, to forget what they used to know. And millions of workers are paying the price for their willful amnesia.

• Coalition cuts are deeper and faster than Tea Party’s – Will Straw, August 2nd 2011