David Taylor calls on the government to save the Global Fund, which funds the fight against AIDS, tuberculosis and malaria worldwide 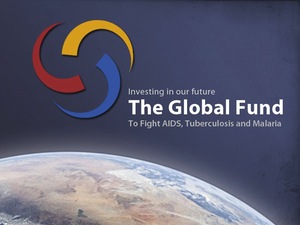 Saturday was the tenth anniversary of The Global Fund to Fight AIDS, Tuberculosis and Malaria.

There are some incredible results to celebrate: 7.7 million lives saved; 3.3 million people on AIDS treatment; more than one million pregnant women on treatment to protect their babies from HIV; more than 8.6 million cases of tuberculosis treated worldwide; and more than 230 million insecticide-treated bed nets delivered for the prevention of malaria.

British taxpayers can be proud of the contribution they have made to transforming so many lives. The last Labour government was a strong supporter, pledging over £1 billion towards the Fund. To their credit the current government has continued to support it.

Yet despite defying aid critics to become a shining example of what effective aid looks like, the Global Fund is in trouble. They are unable to fund new programs until 2014 due to a roughly $2 billion funding gap – new programmes that would save 10 million lives and prevent 140 to 180 million new infections between 2012 and 2016.

Bill Gates’ pledge of an additional $750 million to the Global Fund this week is very welcome but will not resolve the long term funding shortage: international donor countries must step up, and Britain must do all it can to pressure them to do so.

We have documented before how the Conservatives have failed to provide true leadership on the international stage on development. But with Britain now chair of the Fund board and the recent change of executive leadership, Mitchell and Cameron have a chance to prove themselves.

They must commit themselves to all the cajoling, arm-twisting and phone calls needed to get other donors to meet the shortfall.

On Friday, Labour’s shadow development secretary Ivan Lewis MP wrote (pdf) to Malcolm Bruce, chair of the House of Commons international development select committee, to urge him to consider holding an urgent inquiry to examine its current funding shortfall, including the effect spending freeze is having on DfID’s targets for tackling HIV/AIDS, TB and Malaria.

Development NGOs including ONE meanwhile are calling on the government to double the UK’s annual contribution to the Fund to £250 million for each of the next three years.

If Britain led by example in this way it could pay for over a million anti-malarial bednets and treat 400,000 malaria and TB patients, while closing the funding gap by a quarter and intensifying pressure on the US and Australia to step up their own commitments.

These cutbacks would leave millions unprotected from three of the world’s most significant killers.

“If we lose the ground we have gained, we will be back to square one – all that effort and investment, lost.”

• Bill Gates: Innovation is the key to overcoming the need for aid – Mann Virdee, January 26th 2012

12 Responses to “On its tenth anniversary, the Global Fund is in crisis”