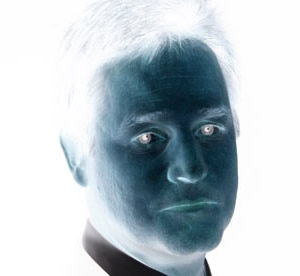 Shelly Asquith – is a campaigns assistant at One Society

Nick Clegg’s call today to speed up the process of raising the tax threshold to £10,000 will lift one million people out of income tax. Clegg aims to reduce the UK’s excessive levels of income inequality, which should be welcomed, but there has always been controversy about whether this proposal is the best way to achieve that aim.

For example, as research (pdf) by Tim Horton and Howard Reed, published by Left Foot Forward before the general election found, of the £16.5 billion this policy is expected to cost, 94 per cent would go to those on middle to higher incomes – not those at the bottom.

Since then, the deputy prime minister has explored ways of reducing the extent to which the policy provides accidental benefits to those who least need it.

But some issues remain. While Clegg claims his move to push up the threshold will aid “alarm clock Britain” – his alias for Ed Miliband’s “squeezed middle” – it does little to address the hardship faced by those already earning less than the current threshold.

Overall, according to Horton and Reed, three million households in the poorest quartile of the income distribution would not benefit from this policy at all.

Another problem is that for many people, much of the positive impact of lower taxes will be clawed back (pdf) by reduced benefits. Many will see a reduction in their Income Support, Child Tax Credit and basic State pension allowances as a result of being lifted out of income tax.

Clegg’s proposal would increase the take-home incomes of a substantial number of families, but there may be more cost-efficient ways of achieving similar goals, which should also be considered.

Encouraging employers to pay a living wage, (or raising the national minimum wage), would lift many out of poverty. The government could also seek promote accessible training for, and incentives for employers to create, more skilled and semi-skilled jobs.

This would address the so-called ‘hollowing out of the labour market’ as well as mobilising many of those who find themselves stuck in unskilled, service sector jobs propped up by benefits.