Alex Hern covers the latest news from the Mayoral race, including ComRes predicting a win for Ken, and Boris blaming young people for youth unemployment. 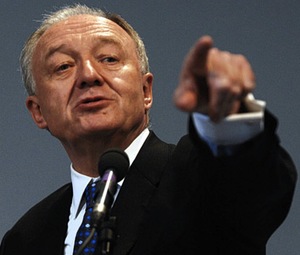 The ComRes online poll finds that Livingstone gains 46 per cent of the first preferences to Johnson’s 44 per cent, and that after all second preferences have been re-allocated, the predicted result is 51-49.

Despite this, Boris is still the candidate most Londoners expect to win; 46 per cent think he’ll be the eventual victor, compared to 24 per cent for Ken, and eight per cent for Brian Paddick, the Lib Dem candidate who is also running again, making the election a three-way repeat of 2008.

Counter-intuitively, this latter statistic should be concerning for the Boris camp; complacency for his team and their campaigners would be damaging in what is likely to be an extremely hard-fought election.

There is strong evidence for an ‘underdog effect’, where the candidate who begins behind gains a larger share of the vote through campaigning than the one who begins ahead, and if Ken can maintain that boost even while actually being ahead, things could look bad indeed for the Conservatives.

Already, there are slightly dodgy tactics being used in a race which is shaping up to be one of the dirtier British campaigns of recent years.

Last week, Political Scrapbook reported that a TfL advertising campaign – taxpayer funded, and supposedly politically neutral – has been launched just in time for the election, highlighting all the improvements made in the last three years.

The 2009-2012 timeframe given by the Every Journey Matters campaign provides for a time lapse allowing Boris’ transport programme to come on stream, and runs up to this year’s mayoral contest.

With the mayoral election just 114 days away and an introduction written and signed by the Mayor, this looks strikingly like campaign literature.

The mayor hasn’t been sitting on his laurels, however, with a column in the Telegraph that doubles down on his Friday claim that young people were to blame for their own massive levels of unemployment.

This week, he’s decided that the problem lies in the fact that:

Apparently having skills and self-esteem is all it takes to turn seven unemployed people for every job vacancy into a utopia of full employment. Thanks Boris!