Alex Hern reports on the launch of “Vision for a 21st-Century Library” by the shadow culture minister Dan Jarvis Labour culture team. 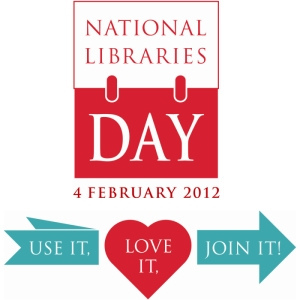 It may be overshadowed by the attacks on the NHS, the disabled, and the poor, but the coalition’s attacks on Britain’s library system continue apace.

“This Tory-led government have reneged, countless times, on their full responsibilities and have left it up to the courts to decide cases that Jeremy Hunt had the power to intervene in.

“Cuts to local library services are extremely short-sighted. The Literacy Trust recently published statistics that suggest illiteracy costs the UK economy up to £81 billion a year.

“There are also over four million children that don’t even own a book and six million adults that cannot read job application forms. Therefore it is irresponsible and economically naive, for any government to allow 600 libraries to potentially close.

Left Foot Forward reported almost a year ago on the government’s attempt to force protestors to take court action over library cuts:

Campaign groups are looking to take legal action against the culture secretary, Jeremy Hunt, and his minister Ed Vaizey, for breaking their duty to “superintend and promote the improvement of, the public library service provided by local authorities”. On Tuesday, Ed Vaizey said that “the death of libraries had been greatly exaggerated”.

And Liberal Democrat minister Sarah Teather recently shocked a meeting of concerned constituents when she ‘suggested’ direct action as a last resort to library closures.

The fight to keep libraries open is often overshadowed by other, admittedly crucial, causes, and so the shadow minister is launching the third campaign this issue has seen in a year, following the We Love Libraries and Love Your Libraries campaigns.

“I am deeply concerned about this which is why I launched a report into a “Vision for a 21st-Century Library”. I am actively working with local authorities, with dedicated library campaign groups such as CILIP, and with Labour colleagues in Parliament, to ensure that we are doing all that we can, right across the country .

“I recognise that libraries must modernise and I have been impressed with the range of services being offered by different libraries that I have visited in the early stage of my national library tour. It is imperative that we keep the pressure on the government to act faster and smarter to save these vital pillars of our communities.”

• Ladies of the WI join the ranks of the bolshy book borrowers – Kevin Meagher, July 1st 2011

• Campaign to save libraries steps up a gear – Claire French, February 1st 2011

32 Responses to “As National Libraries Day nears, our libraries remain under threat”