Alex Hern reports on the support Lord Mandelson has given to the idea of a national investment bank, as called for by a new IPPR pamphlet 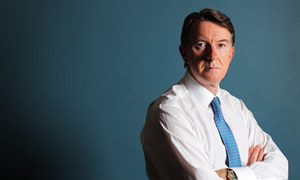 Lord Mandelson has put his support behind a new report (pdf) from the Institute for Public Policy Research (IPPR) which calls, amongst other things, for the coalition’s nascent green investment bank to be turned into a national investment bank, and put to work improving Britain’s infrastructure.

Writing in the foreward to the pamphlet, Lord Mandleson said:

“This report argues that in the increasingly multipolar world in which we live, it is arguable that no single world view will emerge to define the way we manage globalisation. But, while the end of a world in which the west dictated the terms of globalisation is not necessarily a tragedy, a world without a shared set of principles for managing globalisation would be.

“This report is not naïve about the prospects for global governance, but it argues for new rules accepted by developing and developed countries alike, because ‘no rules’ is not a sustainable option.

“All of the recommendations in this report are directed towards that set of principles.

On the topic of a national investment bank, the report concludes:

“The vision and scope of the nascent Green Investment Bank needs to be more ambitious.

“First, it should become a National Investment Bank with green characteristics, rather than an institution purely focused on green investments.

“The energy and transport sectors are two critical areas where Britain already has some comparative advantages, but it makes little sense to restrict such an important branch of industrial policy to these sectors in isolation.

“Second, this bank should be able to utilise the historically low yields on government borrowing with immediate effect. The chart below shows the interest rate on 10-year government bonds. Any investments with a rate of return greater than the current yield of around 2 per cent will generate a positive net impact on the government’s balance sheet.

“Investing in marketable services of this kind would turn the government’s private finance initiative on its head by allowing the public sector to borrow and then sell or lease back the service to the private sector, rather than the other way around.” 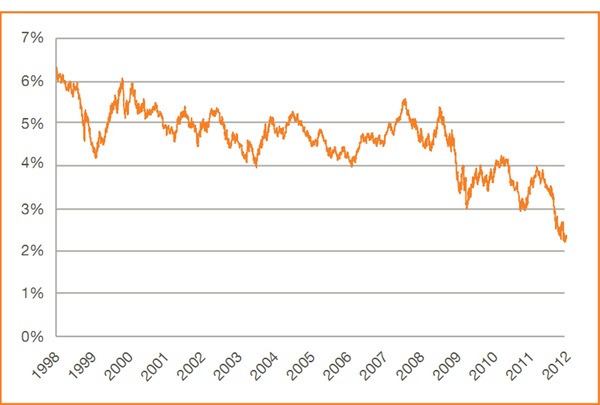 Introducing the idea on Left Foot Forward earlier this month, Will Straw wrote:

“Despite these low borrowing costs, it has rarely been harder to get credit in the private sector. The time is clearly right for a British Investment Bank set up on a strictly commercial basis and run by an independent board tasked with generating a long-term return across a diverse range of sectors.

“Any investments with a rate of return greater than the current yield will generate a positive net impact for the government’s balance sheet.

“Indeed, investing in marketable services like transport infrastructure, sources of renewable energy, or housing would turn the Private Finance Initiative policy on its head by allowing the public sector to borrow and then sell or lease back the service to the private sector, rather than the other way around.

With support from Lord Mandelson and Will Straw, is a national investment bank an idea whose time has come? We can but hope.

23 Responses to “Mandelson weighs in behind National Investment Bank”