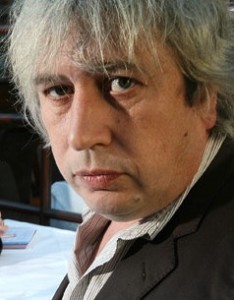 Rob Liddle has today published an extraordinary piece in The Sun, lashing out at the ‘pretend disabled’ – a category in which he apparently includes people with conditions like fibromyalgia, or M.E.

Political Scrapbook picked out some of the more shocking quotes from his article:

My New Year’s resolution for 2012 was to become disabled. Nothing too serious, maybe just a bit of a bad back or one of those newly invented illnesses which make you a bit peaky for decades – fibromyalgia, or M.E…

And being disabled is incredibly fashionable. The number of people who claim to be disabled has doubled in the past ten years…

It has become easier to claim those benefits, partly as a consequence of the disablement charities who, out of their own self-interest, insist that an ever-greater proportion of the population is disabled…

I think we should all pretend to be disabled for a month or so, claim benefits and hope this persuades the authorities to sort out the mess.

None of this should come as any surprise, of course. Veteran Liddle-watchers will be aware that he’s a veritable font of terrible opinions.

Liddle first hit our pages just a few months after this blog began.

Reporting on a campaign to prevent him becoming editor of The Independent, Will Straw collated some of his worst pieces, including:

• denying the evidence for Anthropogenic Global Warming theory, and

• a series of sexist articles and views including “So – Harriet Harman, then. Would you? I mean after a few beers obviously, not while you were sober.”

• Writing, in response to Islam4UK: “F*** off back to where you’re from, then, you Muslims”

The Spectator was rebuked in March 2010 for Liddle’s ‘goat curry’ rant, when the PCC censured them, saying:

However, the magazine had not been able to demonstrate that the “overwhelming majority” of crime in all of the stated categories had been carried out by members of the African-Caribbean community. It was difficult to argue that the sentence in question represented purely the columnist’s opinion, which might be challenged.

Instead, it was a statement of fact. As such, the Commission believed that the onus was on the magazine to ensure that it was corrected authoritatively online. It could not rely merely on the carrying of critical reaction to the piece. The Commission upheld the complaint under Clause 1 of the Code.

Last November, Liddle was even referred to the Attorney General for possible contempt of court for writing a piece expressing sympathy with the murderers of Stephen Lawrence.

Rod Liddle is a nasty piece of work, peddling his equal-opportunities bigotry (he’ll be offensive to everyone – provided they’re different to him) to all-comers. This latest column is indeed horrible, but it’s anything but surprising.