Labour have criticised Boris Johnson’s delay in approving plans for an east London river crossing, calling the wait “four years longer than it should have been”. 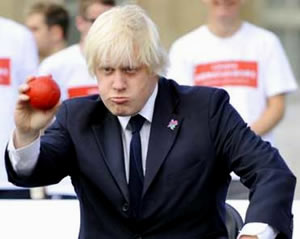 Labour have criticised London Mayor Boris Johnson’s delay in approving plans for an east London river crossing, calling the wait “four years longer than it should have been”. They also say the new Silvertown-Greenwich tunnel should have complemented, not replaced, the scrapped Thames Gateway Bridge, and question the funding of the project.

Johnson is expected to confirm the plans at the Lord Mayor’s London Government Dinner at the Mansion House tonight.

London mayor Boris Johnson will pledge to deliver a new tunnel for road traffic under the Thames in the east of the capital within the next 10 years.

The proposed tunnel, between the Greenwich peninsula and Silvertown in the Royal Docks, will have a capacity of 2,400 vehicles an hour in each direction, and will relieve pressure on existing tunnels at Blackwall and Rotherhithe to the west.

Speaking to London government leaders this evening, Johnson will describe the tunnel as part of a package of transport investment to support the capital’s growth.

He will also say that TfL is pushing ahead with preparations for an extension to the Northern Line of the London Underground to Battersea, which has not previously been served by the Tube.

The Mayor will also promise that a new ferry crossing between Beckton and Thamesmead at Gallions Reach will be open for traffic by 2017, creating a further transport link in east London.

“One of Boris Johnson’s first moves when he came to power was to scrap plans for a new bridge in east London and throw away its funding to the tune of hundreds of millions.

“We’ve now been waiting almost four years. If he hadn’t been so short sighted back in 2008 we could have been opening a river crossing now. Instead all we have is a tunnel that is years away and doesn’t appear to have any funding behind it.

“The Silvertown crossing was always supposed to go alongside the Thames Gateway Bridge. There is a risk that by building just one road, very close to the Blackwall Tunnel, additional capacity will come at the expense of increased congestion in the area. The package of two crossings is still needed.”

As with any development that aims to ease traffic and make Londoners’ lives better, the crossing is of course to be welcomed – but the delay is troubling (with the annoucement conveniently being made a few months before the election), while the questions over funding haven’t fully been answered; let’s hope it doesn’t unravel in the same manner as George Osborne’s Autumn Statement Northern Line extension announcement.

10 Responses to “Biggs: ‘Boris Tunnel’ is four years late and “doesn’t appear to have any funding””