Seph Brown looks at what 2012 holds for the Middle East peace process. 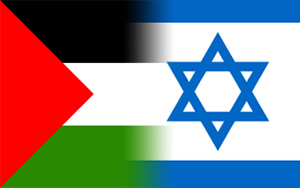 In 2008, Aaron David Miller, former Middle East Advisor under Bill Clinton and George Bush Jnr, told me that no-one had ever gone broke betting pessimistically on Israel-Palestine. Looking back on last year, and on through 2012, we should not expect his quip to be proven wrong any time soon. But as 2011 has illustrated so unambiguously, nothing is certain in this region.

What we know is that, in Middle Eastern terms, the situation in Israel and Palestine is at a distinct low point.

As Israel continues to expand its control of the West Bank, the Palestinian Authority finds itself unable to engage with the comatose peace process, instead turning towards international organisations, and its traditional rival, Hamas.

Settlements continue to expand across the West Bank including occupied East Jerusalem. The size of the existing settlements is no longer the only issue, but also the number of new settlements, which is increasing.

There is even consideration to legalise settler ‘outposts’ built without government approval. Extremist Israelis have escalated their attacks on Palestinian civilians and even against the Israeli Army who protect the settlements.

Rockets from Gaza continue to fall on Israel, despite the promise of a thaw during the prisoner swap which saw one illegally detained Israeli soldier – Gilad Shalit – exchanged for hundreds of otherwise anonymous Palestinians. Many of those released served time in Israel’s military prisons without charge or trial. One hundred and six Palestinian children remain in Israeli jails.

As international support for Palestine grows and Iran shows no sign of slowing its nuclear ambitions, Israel’s government appears to be using this increasing sense of isolation to justify ever more right-wing positions at home. In its first quarterly report of 2011, the foreign office said Britain:

“remained concerned by the growing climate of intolerance in Israeli society, and in particular the progress of proposed Knesset bills that discriminate against minorities and human rights defenders.”

Looking to 2012 however, it is unlikely that the situation within Israel and Palestine is going to be the defining factor as to whether progress towards peace is made.

Chris Doyle, the director of the Council for Arab-British Understanding (Caabu), believes that the outcomes – or lack thereof – of the various Arab revolutions, compounded by the instability of the wider region including Iran, are key to progress.

With Syria close to civil war, Hamas may be forced to relocate this year. If it moves to Qatar, one of many rumoured destinations, this will likely upset their backers in Iran.

A weaker Hamas may be positive, perhaps even prompting their recent flirtation with a doctrine of non-violence, but it also means that western nations are going to have to get used to the idea of dealing with Hamas alongside the more palatable Fatah.

In order to distract from its own brutality, an unstable Syria may also allow further protest by Palestinian refugees on Israel’s northern armistice line, such as those seen in May last year.

Looking at Egypt, continuing violence overshadows elections which will likely bring wins for Islamic and Islamist parties. Despite the fact that the most extreme Salafist party has said it will honour agreements with Israel, it remains almost certain that 2012 will see relations between Israel and its largest neighbour deteriorate.

With the United States fully withdrawn, Iraq rumbles with the potential of widening sectarian tension. Through 2012 it is possible that the Shia prime minister, Nouri al-Maliki, will find himself being drawn closer to his Iranian allies – a relationship bringing certain anti-Israel conditions.

Iran’s own confrontation with Israel will come to a head in 2012. Despite two suspicious explosions at facilities within Iran, some analysts claim that a second nuclear state in the Middle East is not far off.

Turkey’s relationship with Israel had been deteriorating long before the Arab Spring began, but as Israel cancels an arms deal due to fear of the state’s ties with Iran, 2012 will not likely see a thaw in what was once Israel’s key regional strategic alliance.

The Middle East will remain in turmoil throughout 2012 – that much is certain. The Palestinians, far from relying on traditional sumud or “steadfastness”, seem to have taken the initiative in 2011 and will continue to push for unity in order to present a firm case to multilateral institutions in 2012.

Peace between Israel and Palestine may not come this year, but if any progress is made it will be because the international community has imposed it, or because Israel has looked at the quaking region around it and decided to turn away from its policy of annexing Palestinian land, and towards serious negotiations in which both peoples can have a true stake.