Stewart Lansley argues that high income inequality leads to economic slumps; we can only solve the latter if we deal with the former 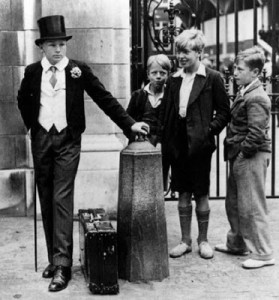 Stewart Lansley is the author of “The Cost of Inequality: Three Decades of the Super-Rich and the Economy”; Stewart will be speaking at the Fabian Conference this Saturday

In power, one of Labour’s most significant moves was to drop the party’s traditional commitment to a more equal society.

In the election manifesto, Tony Blair wrote that he had ‘no time for the politics of envy’. He wanted a society that encouraged as he put it, ‘levelling up’ rather than ‘levelling down’. Stephen Byers, trade secretary from December 1998, said that wealth creation was now more important than wealth distribution.

New Labour had embraced the philosophy espoused by pro-market ideologues and rigorously applied by post-1979 Conservative governments – that too much equality would be a drag on economic progress.

As long as tackling poverty was made a priority, then the rich should be allowed to flourish. The accumulation of large fortunes might bring a bigger divide, but, by encouraging business, job and wealth creation, their encouragement would make everybody better off through an expanded economic cake.

It was the widespread acceptance of soaring levels of personal wealth, and the growing polarisation that went with it, that became one of the defining characteristics of the shift away from the social democratic values that had once dominated post-war politics and opinion.

Under Labour, the income gap between the very top and the rest continued to rise as finance capitalism became little more than a cash cow for a global financial and corporate elite.

Yet, far from building wealth-creating enterprise and a more productive economy, the surge in fortunes at the top merely led to an economy that became both more unequal and much more fragile.

Although denied by official accounts, the return of inequality levels last seen between the wars was one of the central factors driving us over the cliff in 2008 just as it was a key driver of the 1929 crash. Today, the persistence of great concentrations of income and wealth is merely prolonging the slump.

The evidence is that above a certain limit, inequality makes economies more prone to crisis. A widening gap intensifies the fluctuations of the business cycle, raising the height of the peaks and deepening and lengthening the troughs.

Heavily unequal societies impose deflationary pressures which makes them dependent on spiralling debt to prevent paralysis. But this in turn leads to over-extended booms and inflamed levels of economic risk. When booms turn, inevitably, to bust, the same concentrations lead to squeezed wages and unspent profits in a way which stifles recovery.

New Labour’s leaders were right in arguing that the left needs to have a more coherent policy for wealth creation. That is the route to wider prosperity for all.

But the central lesson of the last thirty years is that a widening income gap and a more productive economy do not go hand in hand. The great experiment in unequal market capitalism has been a colossal failure – even on its own terms.

An economic model that allows the richest members of society to accumulate a larger and larger share of the cake will eventually self-destruct. In the build-up to 2008, soaring inequality merely brought a dangerous mix of demand deflation, asset appreciation and a long squeeze on the productive economy which has ended in prolonged economic turmoil.

This is now being recognised at the highest levels.

As President Obama put it in his December attack on the great concentrations of wealth:

‘This kind of inequality – a level we haven’t seen since the Great Depression – hurts us all.’

Yet, despite the growing recognition, the great wealth divide has continued to grow through the recession. The lessons – across the political spectrum – are clear.

To avoid an era of near-permanent slump, the great concentrations of income and wealth need to be broken up – as they were from the 1930s; the wage share needs to be stabilised and restored to the post-war levels that brought equilibrium and sustained stability; creating more equal societies needs to be restored to a primary goal of domestic and global economic policy.