Donna Hume of Friends of the Earth argues that the government needs to give up its appeal over solar subsidies, and get back to helping the solar industry 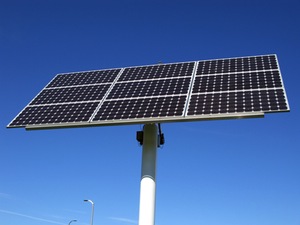 Donna Hume is an energy campaigner for Friends of the Earth

Friday 13th gets people on edge at the best of times, but this month 30,000 solar sector employees had good reason to hold their breath: this was the day the government went to the Court of Appeal over its solar plans, which threaten to decimate the entire industry.

Friends of the Earth, alongside two solar companies, successfully took the government to court shortly before Christmas.

It wasn’t because we oppose reductions in payments – they should fall in line with the falling cost of installing solar panels – but because the proposed cuts took place eleven days before the end of the Government’s own consultation.

The move, described by MPs as “panicky”, threw the solar industry into chaos, severely denting investor confidence in all green energy projects.

You’d be excused for thinking that public enthusiasm for the scheme and the tens of thousands of jobs it created in a time of rising unemployment would be embraced by the self-proclaimed “greenest government ever”. Instead, Ministers have embarked on a slash-and-burn approach which couldn’t have inflicted more damage on a UK success story if it had tried.

The Treasury says there isn’t enough money to adequately fund the scheme, but unless it comes up with more money the solar sector could shrink by a massive 90 per cent. Unable to plan for the future, solar firms are already shedding staff, with up to 30,000 facing the chop. And the government’s legal appeal will simply prolong the uncertainty.

Ministers are also proposing rules requiring households to install insulation before receiving solar subsidies. We are in favour of better insulation, but the over-strict proposals will make it impossible for many to qualify for the scheme.

Furthermore, the government has pulled the rug from under this scheme just as thousands of lower-income families were set to benefit from sun-powered savings on their bills. Councils like Brighton and Hove and housing associations like Aster in Hampshire have shelved plans – with some having spent over a year raising the necessary funds.

A 2,000 panel scheme in the riot-hit Pembury Estate in Hackney has been pulled when it could have helped low-income families save up to £150 on their fuel bills every year. There are plenty more examples nationwide.

The coalition must now come up with an action plan to breathe new life into the feed-in tariff scheme, which was introduced by Labour, following a Friends of the Earth-led campaign. It must urgently get the solar industry back on a stable footing, and reassure businesses of its support for renewable power.

Instead of wasting time and money by appealing the High Court’s ruling, Ministers should now put proposals before Parliament – an approach they should have followed in the first place – for reducing solar payments by the end of February.

These proposals should take into account the Government’s consultation and new tariff rates should only apply to future installations – rather than backdating to projects after the December cut-off date. And to enable more people to benefit from generating their own clean power, tax revenues from the solar industry should be recycled to expand the scheme.

The big six energy companies have kept cash-strapped households hooked on expensive and dirty fossil fuels for far too long. It’s time to give power to the people to enable more of us to benefit from lower fuel bills. Expanding the subsidy scheme for clean energy would guarantee us a brighter future.

• The environmental and economic benefits of renewable energy – Guy Shrubsole, May 24th 2010