The most prominent politician to oppose the government welfare reform is - amazingly - Boris Johnson, taking on benefit scrounger myths and arguing against over-testing 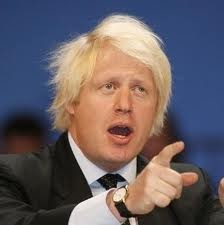 On Monday, Responsible Reform will be published, an analysis of Iain Duncan Smith’s welfare reforms largely drawn from responses to the Government consulation on the policy, that the Coalition held back from the public gaze until disabled campaigners made Freedom of Information requests.

Most suprisingly, it includes the submission by London Mayor Boris Johnson (pdf), who seems to have put serious clear red water between himself and the Labour leadership – never mind the Coalition – on the issue.

He, for example, directly takes on the ‘benefit scrounger myth’ arguing that ministers should not impose penalties on those who have claimed incorrectly:

“Could potentially condemn the parents of disabled children and young people, and the children themselves to a life of financial hardship rather than financial assistance.”

“concerned about the government suggestion to remove automatic entitlement [to Disability Living Allowance] for certain groups. Claims should be based on the needs and circumstances of the individual applying.”

The mayor refuses to support changing from a three-tier system of benefits to two, saying:

“as those on the lower rate care component may have  additional costs as a result of their impairment but may lose their access to this benefit as part of the proposed removal under the reforms.”

Johnson also objects to the new system of face-to-face assessments with healthcare proffessionals previously unknown to the claimant, writing:

“Face-to-face meetings with a healthcare professional could prove difficult and inappropriate for an individual who may have difficulty with social contacts such as those with autism, or for those with an intellectual or mental health disability.

“Other circumstances where difficulties may arise is if an efficient interpretation service is unavailable for deaf people.”

He even questions the motivation behind the reforms:

We live in a world where a Labour leader, supposedly from the soft left, seems to think that beating up on benefits claimants offers the road to victory, and a Conservative mayor of London  is the biggest elected defender of the disabled. Strange times indeed.

Find the full submission below: