Tom Rouse looks at what 2012 holds for Barack Obama: Foreign policy strife, and fights at home to save the economy. 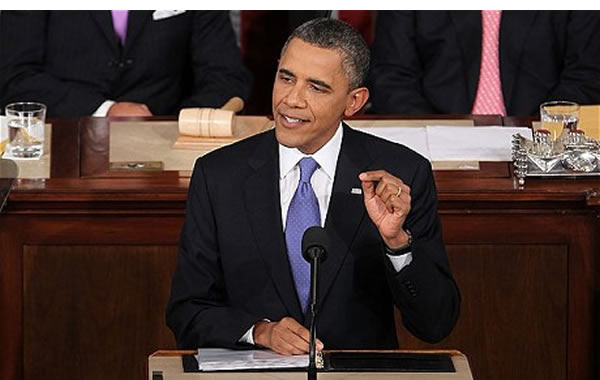 With 2012 being election year it’s easy to forget that Obama still has a year left to govern and that several crucial policy decisions are likely to be made between now and November.

The economy will be fundamental to Obama’s re-election chances, but more importantly 2012 looks set to be a make or break year for the US economy in general.

The American Jobs Act is likely to be the centrepiece of his policy platform in the run up to the election. The Obama campaign has been highlighting fact sheets on how the act will benefit different groups of swing voters, with a particular emphasis on working and middle class families.

The bill, which is deficit neutral offers $253 billion in tax credits and a further $194 billion in infrastructure, and public sector spending. Given stringent GOP opposition it will prove a tough sell for Obama to pass the whole bill, with the likelihood being that smaller sections of the bill will be passed, with tax cuts for workers and small businesses likely to take priority over  infrastructure projects.

Early priorities are likely to lie with extending the payroll tax cut for the whole of 2012. By forcing House republicans to accept a two month extension Obama has finally showed he has the ability to play hardball with the GOP.

With broad cross-party support for a year long extension, Obama is in a strong position to take the lead again and position the Democrats as the party doing the most to help workers.

The key to Obama’s success was framing the debate. By focusing purely on the tax-cut, he forced the GOP into a position where they were attempting to justify a short term tax increase on working families. Given their firm opposition to tax increases of any kind this position quickly became untenable and they were forced to capitulate. The size of his victory forced Boehner to conclude :

“[Opposing the bill] may not have been politically the smartest thing in the world to do.”

Whether he is able to do the same over the American Jobs Act will play a large role in determining what sections of the bill get passed and more importantly what gets passed in time to have a tangible effect before November.

In foreign policy 2011 should have been Obama’s year. The last troops withdrawing from Iraq and the killing of Osama Bin Laden would have been expected to win him plaudits from across the political spectrum. Yet the poll bump he gained from both of these successes was negligible and only one in three Americans now believe that the US ‘won’ the war in Iraq.

Looking ahead it’s hard to see what successes Obama can have that can hope to match those he has made this year.

North Korea will almost certainly be the defining test of the last year of his presidency. It remains to be seen what attitude Kim Jong Un will take towards the western world and whether he will attempt a display of strength, such as expanding his country’s nuclear programme, to cement his position as North Korea’s leader.

The challenge for Obama is in building relations with the new dictator, without making concessions or antagonising other powers in the region.

Iran is likely to prove Obama’s other big challenge.

Recent tough talk by the Pentagon has led to speculation from the right that Obama will take action to eliminate Iran’s nuclear capability to prove that he can be tough on defence. It is not in Obama’s style to act for the sake of action, but if Iran does continue to antagonize the west it would be of no surprise if he did decide to take some kind of military action.

The challenge would be in justifying it, given the US publics lukewarm support for intervention in Iran and a right-wing media who would spin it as a desperate ploy by Obama to get re-elected.

More broadly, the big challenge for Obama is convincing voters that progress is being made and that he can make not only the tough decisions, but the right ones to get the country moving in the right direction.

Just 17 per cent of Americans said they were satisfied with the direction the country is travelling in, the second lowest annual average since records began in 1979, with only the last year of the Bush administration giving a lower result.

One positive for Obama looking ahead to November is the recent increase in his approval ratings with Nate Silver at the Five Thirty Eight blog concluding that his current average approval rating of 46.5 per cent is roughly in line with the break-even point for incumbents seeking re-election.

The most recent Gallup poll puts his approvals at just minus two and given the current fragmented state of the GOP election race, time appears to be on Obama’s side.