David Taylor, chair of the Labour Campaign for International Development, reveals the Tories’ plan to count debt relief as real aid, arguing it’s no help at all. 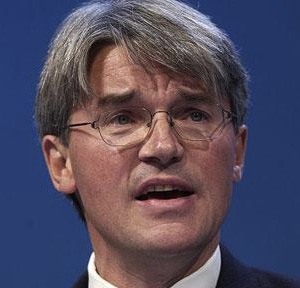 The Conservatives are to count the cancelling the debt of countries as part of the aid target to spend 0.7 per cent of national income on foreign aid by 2014, including countries such as Sudan, Somalia and Zimbabwe, writes David Taylor, chair of the Labour Campaign for International Development

Although governments have previously counted such cancellations as aid spending, they have not used that spending to help hit internationally-set targets. The Financial Times and the Jubilee Debt Campaign have unearthed (£) this latest fiddling of the aid target.

By counting debt cancellation – money that was never expected to be repaid – as aid they are effectively cutting the aid budget again, following on the heels of Osborne’s decision to cut the aid budget by £1.2bn because their mismanagement of the economy has seen GDP decrease.

Any debt cancellation for Sudan is not aid. Most of the debt is made-up money based on ridiculously high interest rates. The debt should be cancelled because it is unjust and unpayable, not used to meet targets and massage figures.

JDC also said that the move legitimised debt that was of a highly questionable origin. In Sudan’s case, the government has admitted it does not even know what the original loans to dictator Gaafar Nimeiry were for.

The Liberal Democrats had a policy to to audit all debts, but once again they have gone AWOL on their development promises. Vince Cable has so far failed to do this.

The UK is expected to wipe £740 million off Sudan’s debt in the next few years. To put that figure into context, DFID is to spend £46 million per year in Sudan until 2015 – £230 million – that’s more than three times less than that debt.

When countries are servicing their debts by paying back the money, debt relief can make a big difference, freeing up money to be spent on public services. The debt relief achieved by Labour and the Jubilee and Make Poverty History campaigns did just that, allowing countries like Tanzania to make primary education free for all children.

But as Jonathan Glennie has pointed out for the Guardian, when the debt is not being serviced, as in the case of Sudan, cancelling it is just an accounting transaction.

1. How much money in total will be counted as debt relief and cut from the aid budget?

And, considering the decision to count Sudan’s debt alone is equivalent to a cut as much as seven per cent of the UK’s aid budget for 2013-2014, Osborne’s £1.2bn cut was disgraceful enough – the total figure for all countries’ debt could dwarf even that:

3. How much more aid will be diverted?

Under Labour Britain’s overseas aid (ODA) had to be spent on poverty reduction, but as we have repeatedly reported this government has adopted the OECD’s broader and less rigorous definition of ODA – one that allows student costs refugee costs and – yes, you guessed it – debt relief to be counted as aid.

The government have still not outlined whether aid for climate change adaptation will be additional or sucked from the existing budget.

• Human rights as conditions for aid: how long is a piece of string? – Marta Foresti, January 5th 2012

• Tories are balancing the books on the backs of the world’s poorest – David Taylor, December 2nd 2011