Duncan Exley argues the lessons we should draw from the British Social Attitudes Survey are to push for a living wage and retain the 50p top rate of tax. 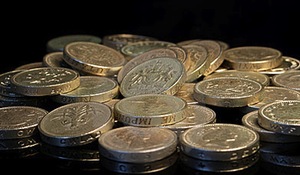 It has been widely reported that the latest British Social Attitudes Survey found that although three quarters of the British public think the gap between rich and poor is too wide, only 35 per cent thought the Government should engage in redistribution.

This raises a question of how a progressive government could reduce the UK’s high, growing and unpopular levels of income inequality if the public distrusts tax-and-spend solutions.

There are two answers to that question.

The first is to recognise that although the public may not be enthusiastic about redistribution in general, they do favour redistribution away from the top one per cent. The majority of voters, including Conservatives, support the 50p top tax rate.

The popular support for the idea of reversing the rocketing pre-tax levels of top pay has also been recognised in statements by Conservative, Labour and Liberal Democrat politicians.

But progressives should also recognise that inequality at the bottom end of the income scale can be tackled at the same time as seeking to reduce spending on benefits. This could be done by focusing on the huge cost to taxpayers and the wider economy of companies which pay their low-paid staff at such levels that substantial benefit subsidies are required to make ends meet.

While some private sector companies pass the costs of their low pay policies onto taxpayers, some public sector employers are also complicit. For example, there is an increasing trend towards local authorities outsourcing services.

It would be helpful if public sector employers published an assessment of the full taxpayer cost of major contracts, so that “taxpayer savings” can be scrutinised, to see if they are what they claim to be.

41 Responses to “To end inequality without redistribution of wealth, we should pay a living wage”