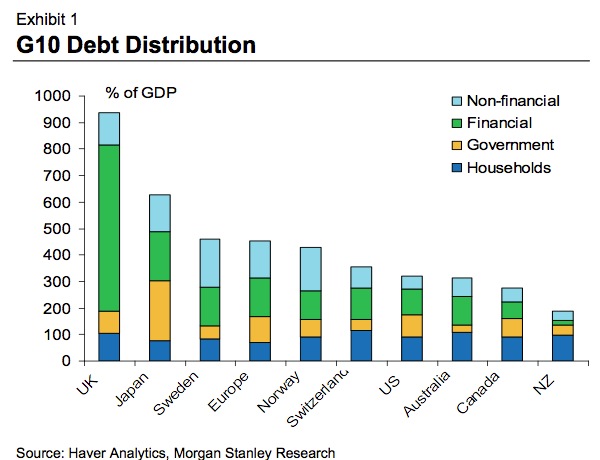 Sometimes, a picture really is worth a thousand words:

Our financial sector, however, holds over 600 per cent of Britain’s GDP in debt, and as we reported earlier today, the Vickers report is doing nothing to stop that proportion growing. Icelandic financial debt hit 1000 per cent of its GDP before reality caught up with them.

We do have a debt crisis, but it’s not government debt, it’s banking.

(Chart from Business Insider via The Automatic Earth)