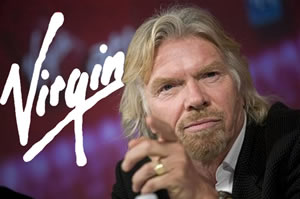 Ah, Richard Branson. We know he’s cuddly and radical because he does not wear a tie. However, he’s just completed a deal on Northern Rock that will enable asset-stripping worth £600 million.

Oh, and he’s trying to bust a union drive among American workers at Virgin’s airline business.

The US based Transport Workers Union have collected a petition for a union to be recognised at Virgin in America, that carries the signatures of a majority of the American workforce.

The petition triggered a ballot, which closes today. Given that a majority of the workforces have asked for this ballot to go ahead, you would think it would be time for Branson to sit down with the union and work out how management and labour can have a constructive partnership.

Instead, he’s filming scare videos like this for staff to watch:

“We’re very proud that Virgin America wins high marks from travelers, based on the service we provide.

“We believe we can make service better for passengers and elevate working conditions for in-flight team members by having a voice in our dealings with the company. Right now we’re seldom heard and our concerns are not addressed. This is why we turned to TWU.”

Meanwhile, the TWU already organise at Virgin rivals SouthWest Airlines – which has made a profit for the last 38 years – and Allegiant Airlines. You would think the new age businessman Branson would want to opt for co-operation over confrontation. But it turns out he prefers fear over partnership.

• The Daily Mail’s poisonous lies must be fought by all trade unionists – Rick Coyle, September 23rd 2011