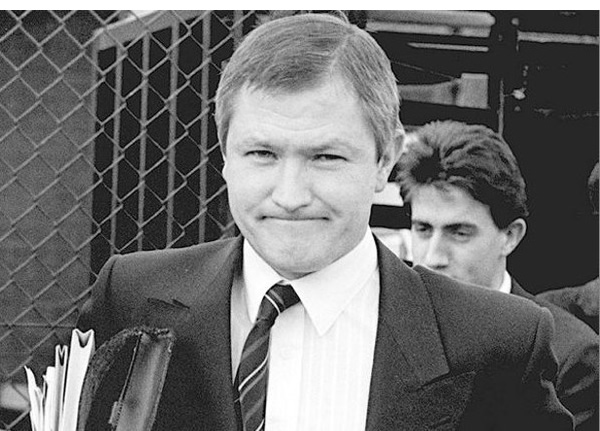 Last month the prime minister announced a review of the case papers relating to Finucane’s murder in 1989. He was killed by a loyalist hit squad who shot the Catholic solicitor 14 times in front of his wife and children.

Finucane was a prominent defence solicitor who represented high profile republicans, (although his practice had also defended loyalists too). His murder remains one of the murkiest episodes in Northern Ireland’s ‘troubles’ and two separate investigations have already established collusion took place between elements of the British security agencies and loyalist paramilitaries.

Desmond de Silva QC has been tasked with providing “a full public account of any state involvement in the murder” – however, this stops well short of having judicial powers to compel witnesses and papers.

Mr Finucane’s widow, Geraldine – who walked out of a meeting with the prime minister last month, labelling him “a dishonourable man” for announcing the watered-down review, after previous assurances there would be a full independent inquiry – today said:

“Not for the first time have we had to resort to legal proceedings to vindicate our legal rights. It is clear that the British government have cynically reneged on the commitment made at Weston Park [landmark 2001 talks between British and Irish governments and NI parties].”

“The Cameron decision is also incompatible with Article 2 of the European Convention on Human Rights (the right to life). We take the view that the decision not to hold a public judicial inquiry is just another obstacle which we will have to overcome.

“We are determined to get to the truth surrounding my husband’s murder. Our campaign will continue.”

The family has been campaigning for a full judicial inquiry held under the Tribunals of Inquiry (Evidence) Act 1921 which reports directly to parliament. This was the legislation under which the Bloody Sunday Inquiry was established.

They reject an inquiry held under the weaker Inquiries Act 2005 as this reports to the minister who establishes it, with strong criticism that this allows the government to interfere with the investigation. Two weeks ago, the Irish Taoiseach Enda Kenny met Mrs Finucane and promised to press her case with the British government and with Irish-American political leaders.

Legal papers seeking a judicial review of Mr Cameron’s decision are due to be lodged in the High Court in Belfast next week and a date for the hearing sought.

• “There will always be questions about Rosemary Nelson, about Pat Finucane and about hundreds of other killings” – Week Outside Westminster, May 28th 2011