You know someone’s true feelings when they highlight failings whenever they can, yet play down any success - so it is with the coalition and the NHS in 2012. 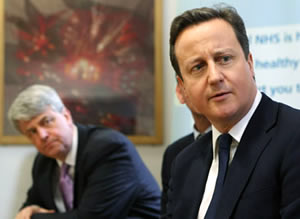 You know someone’s true feelings when they highlight failings whenever they can, yet play down any success – so it is with the coalition and the NHS, writes Trevor Cheeseman

Andrew Lansley was strident in his criticisms of NHS failings when he first took office, and he and David Cameron have attempted to maintain this, despite the story over 2011 becoming his own reforms and their unpopularity.

Yet it remains rare to hear any official praise for “big ticket” achievements, lest they cast Labour in any positive light.

Two recent examples are public data on NHS satisfaction, and data on hospital mortality. Both highlight major achievement over the past decade.

On public satisfaction, the message from the British Social Attitudes Survey is clear:

70% of respondents in 2010 reported that they were overall satisfied with the NHS.

This is the highest figure ever recorded by the long-running survey – and for reference, the lowest was 34% in 1997, at the end of the Conservatives’ 18-year tenure in office.

There has been a 5% rise in satisfaction since the 2009 survey.

The report also highlights that expectations about waiting times have improved dramatically over the last decade and:

…positive views on waiting times are linked to satisfaction with the NHS overall.

If you think this data should be useful to the coaltion, then sadly you are mistaken. The government decided last year to scrap its funding for the health questions, but fortunately the Kings Fund health institute have put up the funding to keep the questions going, and allow the public their say on the coalition’s stewardship.

Meanwhile, a recent report on outcomes, including death rates, in NHS hospital care shows “a remarkable” overall improvement since 2001, allied to major increases in NHS funding.

Improvements in patient safety, reductions in infection rates and better waiting times have all contributed to an improved NHS.

There has been a remarkable fall in mortality rates. The death rate among the population is over 20 per cent lower than it was a decade ago, helped by better hospital care.

While Andrew Lansley tries to gain credit for his toothless national initiative on healthcare outcomes (pdf), it is actually Labour policy that delivered the improvements in stroke, fractured hips, heart disease, cancer and other major disease areas.

The Dr Foster report also analyses performance across hospitals, showing there continues to be unacceptable variation within the NHS based on a range of measures – including differences based on geography and day of the week patients are admitted.

In 2012, when the Francis public inquiry report comes out on the Mid Staffordshire NHS Trust scandal of significantly higher death rates and major concerns about quality of care, you can be sure Andrew Lansley will take to the airwaves. Unless questioned specifically though, you are unlikely to find him talking about the bigger national picture over a decade of declining NHS death rates and record NHS popularity.

Since his NHS reforms are a solution in search of a problem, however, perhaps this is not a surprise.

• To send a message to Lansley and Cameron, please sign the Drop the Bill petition.