Ben Mitchell argues that being a left-wing supporter of the European Union is getting harder and harder. 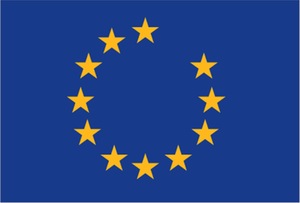 Defending the EU is unlikely to win you many votes nowadays, if it ever did. It’s a bit like immigration: even the most blinkered could probably force themselves to see its benefits, but it’s just a lot more convenient and safe to rail against both, whilst politically of course being a sure vote winner.

David Cameron’s ‘veto moment’ won instant plaudits from 62 per cent of those polled straight after last week’s Brussels summit. On the ‘In/Out’ question, almost half would support Britain’s withdrawal from the EU if asked today, against only 33 per cent standing firm in the ‘Yes to the EU’, camp.

For all their posturing, a Labour government would have probably done what the prime minister did.

If Europhiles, such as myself, have been left aghast at what has happened, we shouldn’t really be that surprised. Standing up for the EU can often feel like a losing and lonely battle.

The British have always spoken of “Europe” as if it were something which existed elsewhere; an alien and remote entity, forgetting that we are also part of it, whether we like it or not. That may not be always the case with the EU.

But, for all its faults, and there are many, a future sliding further and further away from it is not something those on the left should be relishing.

Europhiles have never really been vocal or convincing enough in praising the EU. Just hiding behind words such as ‘jobs,’ ‘growth,’ and ‘prosperity,’ as evidence, doesn’t cut it with the electorate. Concrete examples have been sorely lacking. Here’s a handy list to help.

Commenting after UKIP’s strong showing at the 2004 elections to the European Parliament, The Independent wrote:

So used have we become to these [EU] advantages, that we forget to mention them. But they belong in the political debate.

It could be argued that some of the policies to have come out of the EU have been far more progressive, especially in terms of workers’ and consumers’ rights, that those ever passed by successive British governments. At least, there is a gold standard with which all governments must respect.

Yet, if pro-Europeans have been reluctant to wear their ‘Europeanness’ with pride, then maybe it’s because they never really believed it.

John Harris quotes this passage from one of Tony Blair’s biographies, neatly summing up Blair’s reticence to Europe; Blair was:

“…a pragmatic and competent manager of Britain’s membership of the union without ever committing himself fully to it and… without winning, or even entertaining, the argument in favour of membership with his own electorate.”

Certainly, its democratic deficit harms its reputation, and makes it that much harder for its supporters to stick up for.

A week later, things have become to look a little clearer. The debate has already started to shift away from the narrow focus on Britain’s veto, and the implications in using it, to the wider consequences of what was exactly put forward in Brussels. In essence, we are confronted with two challenges: Britain’s isolation from its EU partners, and where this leaves the left.

And for the left the picture is pretty bleak.

As far as the BBC’s Paul Mason is concerned, what was drawn up would make US Republicans swoon and dance with joy:

“…by enshrining in national and international law the need for balanced budgets and near-zero structural deficits, the eurozone has outlawed expansionary fiscal policy.”

The proposed EU treaty has to all intents and purposes “buried Keynesianism”.

Everything many on the left have been arguing against in recent months has found its way onto the ‘Merkozy doctrine’:

What is proposed, amounts to the same old mantra of “fiscal discipline”, based upon the stability and growth pact that was flouted from the start, but this time brutally enforced with painful sanctions and accompanied by dilution of democracy in the weaker nation states.

With perfect timing, Tuesday brought forth more grim news for Greece. Severe austerity has widened their budget deficit and deepened its recession.

In other words, from a left-wing perspective, ludicrous though it may sound, one could argue that in fact David Cameron may have ended up making the right decision for all the wrong reasons. Of course Cameron’s reasons for opposing were more to do with protecting the City of London from tighter financial control, whilst he breathtakingly ignores the calamitous lessons of 2008 and the perils of loose regulation. And yet, he may have badly miscalculated.

One analyst believes Cameron’s grandstanding could spectacularly backfire. Rather than protect the interests of the City, his stance could have the opposite effect and make the UK more vulnerable to EU law.

“Far from defending the City against ill-conceived initiatives originating in Brussels, the government may actively invite them. The reason is that it has marginalised itself politically, and that it has only increased long-standing suspicions in the rest of Europe that British Euroscepticism and the City of London are natural bedfellows.”

And this form of retribution could materialise in the form of the much resisted financial transactions tax. This past week has left the EU, and its supporters on the left, with something of a conundrum. Owen Jones rightly argues that it shouldn’t just be the job of the right to challenge it.

If an attachment to the EU borders on the romantic for some, for others it has been a priceless weapon against nationalism; as one commentator noted, on his last assignment in Brussels:

“…many of Europe’s worst follies can be blamed on the selfishness and cynicism of governments, not Brussels bureaucrats.”

Last week’s defiant act by the PM being just the latest example.

The EU is about to enter another new phase. Whether we like what happens or not, we’re going to be powerless to do much about it from the outside looking in. As Tory leader, William Hague liked to crow that Britain should be in Europe, not run by Europe.

Cameron’s veto has meant that we’ll be out of Europe, but run by it: virtually excluded from all the key decision-making, without influence, yet still answerable to it. It also leaves the left vulnerable in terms of safeguarding its own political and economic interests, whether they be at home or abroad.

Defending the EU just got that little bit harder.

22 Responses to “Must the left give up on the EU?”