John Cryer MP points out that the crisis of lobbying is inextricably linked with a system that reinforces the power of an elite who went to the same schools, universities and drinking clubs 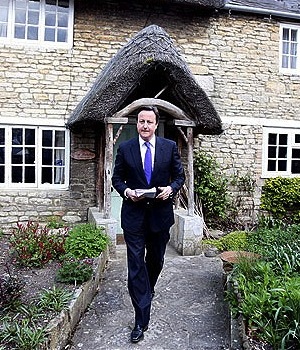 The revelations by the Independent earlier this week about lobbyists and government make pretty shocking reading but I doubt that many voters will have had their socks knocked off by the shock.

For many people, the story simply reinforces the impression that there is a cosy cabal at the apex of British politics who know one another, went to the same schools and universities and socialise together.

The question is this: are the claims of Tim Collins, among others, that he has access to Cameron, Osborne and Hague and their closest advisers, true or untrue?

I agree with the prime minister that lobbying could be the next big scandal to hit British politics. But he seems to have changed his mind about the need to do anything about it.

There was supposed to be a consultation paper issued on future legislation by the end of last month but nothing has appeared. I presented a Bill on the issue to parliament last week which would force those lobbying for commercial gain to register and to provide certain information such as details of meeting with ministers and expenditure.

This would not solve all the problems but it would bring some transparency to the system. Also, it would not prevent constituents, NGOs, co-operatives and trade unionists from lobbying their MPs or parliament.

We all have the right to lobby and it is a vital part of democracy. But big business can pay for professionals who know their way around parliament and who can get the sort of access not available to the rest of us.

They should not have the capacity to trample on the interests of ordinary citizens simply because they have cash – and went to the right school.

• Bell Pottinger is sleazy, but lobbying can be so much more – Jonny Mulligan, December 7th 2011