Ben Fox writes about the latest crisis of the Eurozone, which is looking increasingly like a second credit crunch, but argues that solvency must still be the aim 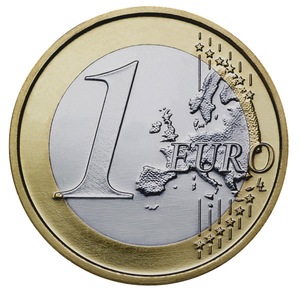 The co-ordinated move by the world’s leading central banks to pump extra liquidity is as clear a sign that we are facing a second credit crunch. Faced by continued failure to resolve the eurozone crisis, the European Central Bank, US Federal Reserve, Bank of England, and others, are playing their trump card.

Although it was significant that China has reduced the reserve deposits it requires of its banks from 21.5 per cent to 20 per cent, the most important move is the deal that will allow the ECB to offer cheaper dollar loans to European banks. The banks are finding it increasingly hard to obtain financing, particularly in dollars. The ECB is also expected to increase the maturity on its euro loans from 13 months to three years.

These central bank moves indicate that interbank lending is drying up. It is eerily reminiscent of the 2007-8 credit crunch.

The central bankers have made the right move, but what should concern us all is that it was an act of desperation.

Unlike in 2007-8 the eurozone crisis is fundamentally about politics rather than economics.

Europe’s leaders have shown themselves to be utterly incapable of resolving the future of the single currency. As the crisis has mutated from being just about an insolvent Greece and Ireland, to dragging in countries like Spain and Italy, who have far better debt and deficit positions than the US or Japan, it has become clear that political paralysis is preventing effective crisis resolution.

The ECB stating that it will be a lender of last resort;

And a clear signal that countries are going to take control of their public finances;

there is a distinct possibility that the euro will sink and take the banking sector with it.

This morning Angela Merkel called for treaty change to establish a European fiscal union, although curiously she again rejected eurobonds which could be an important part of fiscal union. The reaction from the markets – who have acted as the bellwether throughout the crisis – has been as positive as it was to the liquidity announcement by the central banks.

But the process of treaty change is usually a long process fraught with danger – not least that it could be rejected by a single referendum.

Moreover, while France’s Nikolas Sarkozy also supports a move toward fiscal union, Merkel wants the European Commission to have a veto over countries’ tax and budget plans, whereas the French want national parliaments to be involved. This proposal, along with eurobonds and the whole concept of a fiscal union within the eurozone, will need a significant transfer of national sovereignty.

Earlier this week the EU economic commissioner Olli Rehn put the situation very starkly: leaders had ten days to save the euro.

In a sense we’ve heard it all before. Media pundits and diplomats have been talking about how the next ‘crunch’ EU summit will decide the fate of the euro for over a year. But commissioner Rehn is not known for political grandstanding and it’s unlikely that he’s bluffing.

The truth is that central banks did not cause this crisis and they can’t solve it alone. To banks, the Holy Grail is ‘liquidity’ – and central banks have duly provided. But unless politicians guarantee that the euro is politically solvent then the current surge in the markets won’t last very long.

11 Responses to “Liquidity is no substitute for solvency – so why are we pushing for the former?”