Paul Krugman on why there isn't much hope that austerity will help Britain. 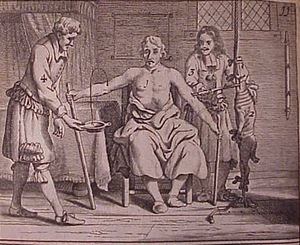 When the Cameron government came in, it was fully invested in the doctrine of expansionary austerity. Officials told everyone to read the Alesina/Ardagna paper (which is succinctly criticized by Christy Romer (pdf)), cited Ireland as a success story, and in general assured everyone that they could call the confidence fairy from the vasty deep.

Underlying the drive for even more austerity is the belief that the underlying economic potential of the British economy has fallen sharply, and will grow only slowly from now on. But why? There’s a discussion in the Office for Budget Responsibility report, p. 54, that basically throws up its hands — hey, these things happen after financial crises, it says, and cites an IMF report(pdf).

So I wonder: did they read the abstract of that report? Because here’s what it says:

Short-run fiscal and monetary stimulus is associated with smaller medium-run deviations of output and growth from the precrisis trend.

That is, history says that a financial crisis reduces long-run growth potential if policymakers don’t limit the short-run damage it does [italics his].

It really is just like a medieval doctor bleeding his patient, observing that the patient is getting sicker, not better, and deciding that this calls for even more bleeding.

And the truly awful thing is that Cameron and Osborne are so deeply identified with the austerity doctrine that they can’t change course without effectively destroying themselves politically.

• Osborne is perilously close to failing to cut borrowing at all – Cormac Hollingsworth, December 1st 2011