The Into the Black Labour crowd have nailed their colours to the OBR just as it - and George Osborne - lose credibility. What gives? 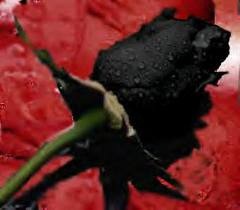 Imagine for a moment, Labour was in government. It would have borrowed about £125bn this year, less than Osborne will borrow.

Gilt yields would have held above the three per cent level because growth would have been maintained rather than collapsing, but unless growth was fast enough to do what the coalition won’t and remove the deficit in one term, gilts yields would never have gone above four per cent.

On those numbers, its commitment to halve the deficit in a parliament would clearly be on course.

If we had been in government with the strategy in place and working, the “In the black Labour” report would have been timely and welcome. It would have engaged with the question of governmental fiscal rectitude: given that we would still have a 3.8 per cent of GDP deficit in 2014/15, what should our spending priorities be in our fifth term?

And this is my problem with this report, it’s evidence that Labour’s thinkers still haven’t adjusted to opposition.

Are the authors seriously saying that Labour cabinet ministers didn’t know going into the 2010 budget that Darling had committed to only halving the deficit by the end of this parliament? Are they also saying that they never had a plan?

The authors should have much more confidence that Labour is the party whose analysis offers the best way to cut deficits, especially as this week the coalition’s strategy has been exposed as a spectacular failure with predicted borrowing has gone up by £158 billion.

But even more counter-intuitively, they argue that high deficits undermine a party’s economic credibility in a week that Osborne’s poll ratings have gone up. This week there is no causation between a bottomless pit of borrowing and poor polls.

The dangerous recommendation in this report, however, is its reliance on the Office of Budget Responsibility (OBR). This report’s naïveté on the OBR is strange. Of course the OBR’s independence is its political value, its toxicity to everyone is the uselessness of its forecasts. The experience of forecasting over the last year does not support giving the OBR further powers such as policy recommendations.

I agree that the OBR has some of the best economists in the country. However, its model stinks.

The simulations of the OBR are reliant on the Treasury model of the economy, and for this kind of economy right now it’s crap.

Table 1: Consider first how the Treasury, and then the OBR, predicted borrowing would turn out for 2010-11, which was to a great extent determined by the outgoing Labour government operating under the Darling plan – it was revised down in total by £28 billion in total:

Table 2: Now let’s see how predictions of Osborne’s borrowing have been consistently uprated from orginal predictions – by £13 billion in all:

This is symptomatic of our still getting to know where the OBR sits in our political economy. For example, why is it that no-one has asked why Osborne told the OBR to publish analysis of Darling’s budget in 2010? It’s something that is now a curse for Osborne that will hang over him for the lifetime of this parliament as “the best estimate of what Labour would have done”.

Who in June 2010 cared what Labour’s budget plans would have done? The best explanation for this weird piece of simulation is that this oh-so political chancellor was so sure the coalition would get it right that they were going to use that forecast of Labour’s borrowing in every piece of election literature from 2013 until the election: ‘Look what the OBR said Labour would have done, and see what we achieved instead!’

Now that the coalition’s strategy has collapsed the OBR’s prediction should be on every piece of Labour’s literature from now until the election too.

The OBR is Osborne’s biggest mistake. The errors in the OBR’s model are enormous – £30 billion is the whole of the corporation tax take. £10 billion is 20 per cent of the NHS budget.

Getting it wrong by this much will mean it’s a liability, not an asset to any government. But by making clear what economically Labour would have done, Osborne has created an instrument that will inflict four years of pain. It’s Labour’s job in opposition to make this count.

And it’s this opposition mindset that is missing from this report. In the week that’s seen the collapse of whole fiscal edifice of the coalition’s existential commitment to cut the deficit, they’ve published a report worrying about what Labour will do after it’s won in 2015.

To win, the comrades need to show the coalition are economically incompetent. This report does not do that.