Johann Lamont writes about the necessity of fighting the legal loan sharks who prey on the vulnerable poor. 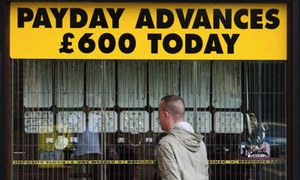 Johann Lamont MSP is running for leadership of Scottish Labour

Silverburn is one of the largest shopping centres in Scotland. It is also just around the corner from my constituency office.

In amongst all the usual high street names and restaurants, the more eagle-eyed shopper will spot something very unusual: Pollok Credit Union.

It is unusual to find a mutual organisation offering affordable loans amidst an oasis of capitalism, but I think the message that sends is a very powerful one: there is another way of doing things; a cheaper, more sustainable way.

Credit unions do amazing work – they offer a lifeline to people who are ignored by the ‘traditional’ banking sector, provide stability at a time of uncertainty and they offer people a fair deal.

It makes me immensely proud to have such a successful example of the credit union movement in my constituency. But too many people seem to think that the only way to access credit is by going to high-cost lenders.

If you’ve ever watched daytime TV, you will have seen adverts for so-called payday lenders. These internet lenders purport to offer a quick and easy solution to temporary cash flow problems. ‘Give us a call and we’ll sort you out. No strings attached,’ they say, but only in the imagination of a marketing executive could this ever be true.

For instance, Provident charges an average of 272 per cent on loans, while others charge even more. These companies are effectively legal loansharks, dragging people into a damaging spiral of debt.

Something urgently needs to be done to tackle the damaging effects of high-cost lending. That responsibility is incumbent on every tier of government.

Labour and Co-operative MP Stella Creasy has been leading the way on this important issue at Westminster.

Earlier in the year, she made proposals to cap the cost of this type of lending. The coalition government refused to countenance the idea. They did not want, they said, to intervene in the market; and, at any rate, capping profits would force these lenders to find other ways of making money from people.

This kind of cop-out is completely unacceptable. Making an ideological decision not to improve regulation – even at the cost of financial misery for many people – is a moral outrage.

The Westminster government should think again about capping the cost of high-cost lending, and it should do so quickly. The Scottish government has the ability to undermine legal loan sharks by encouraging the use of credit unions like the one in Pollok.

I would welcome the implementation of the Association of British Credit Union’s suggestion that all public sector workers are given access to credit union membership via payroll deductions. It is equally important that financial education is part of Scotland’s school curriculum.

Local government can also play its part in tackling high-cost credit. There are high streets across Scotland which are peppered with shops offering a quick buck at extortionate rates. But councils could encourage credit unions on to the high street by offering them rates relief.

There are simple, practical things that can be done to control high-cost lending.

No one should be put in the situation where they feel forced to enter into a viscous circle of debt.

Instead, they should be encouraged to seek out community-based, fair-minded and honest alternatives like credit unions.