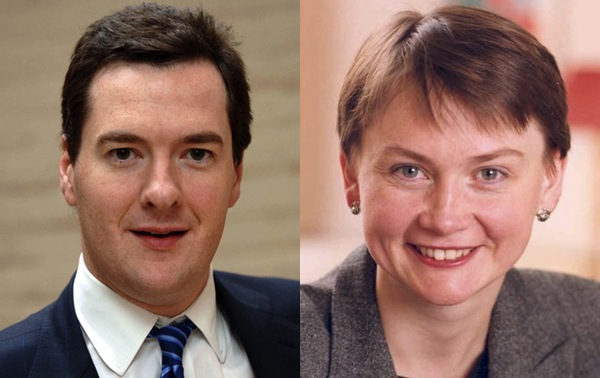 Labour has hit out today at the extent to which George Osborne’s autumn statement will affect women, releasing evidence which shows that of the £2.37 billion raised by the freeze in working tax credits, near-freeze in public sector pay, and the removal of over-indexation in the child tax credit, nearly three quarters will come from women, as the chart below shows:

Time and again, this government is making women take the greatest strain, even though they still earn less and own less than men.

If you look at all the changes to direct tax, benefits, pay and pensions announced by the chancellor since the general election, of the £18.9 billion that the government is raising each year, £13.2 billion is coming from women and £5.7 billion from men. Women are being hit twice as hard.

The government is clearly shockingly out of touch with women’s lives. They have been warned repeatedly that their policies disproportionately affect women, not just by Labour, the Fawcett Society and women’s organisations across the country, but by their own internal memos and advice. Yet instead of responding and changing course, the chancellor just went back for more.

The government’s plans are deeply unfair on women. They clearly don’t understand the pressures many women are facing at the moment – especially women with children who will lose most of all.

The changes in the autumn statement are just the latest measures the government has introduced which have come under widespread condemnation for their disproportionate effect on women.

As we reported last week, the cuts to public sector pensions hurts over 700,000 women who would otherwise be exempt as some of the lowest paid workers:

This is because the government will measures workers’ income not by looking at their gross pay, but their full time equivalent earnings. In other words someone working half-time with a £14,000 slary is treated as earning £28,000.

For many, this will mean as much as a 50 per cent increase in the amount they pay for their pension.

And when it comes to problems which can’t be quantified, the government isn’t much better.

As Daniel Elton asked in May:

Now the dust has settled on Ken Clarke’s 36 hours in ministerial purgatory – in constant political pain, but not understanding the cause or the cure – a question arises: Why is it that Conservatives have such a problem with gender equality and women’s issues in general?

Although each of the episodes can be explained away by giving the benefit of the doubt, a simpler reading would be that David Cameron’s ‘detoxification’ project – so successful on issues like race, sexuality and the environment – took a pass on gender issues.

All of those toxic flourishes were “merely” rhetorical, however. Now that the government has moved to hitting women in the pockets, as well as just with words, it remains to be seen if detoxification even remains possible.