Alex Hern reveals that the Telegraph’s story on Free Schools and section 28 is ten years out of date - this isn’t Gove’s nasty, it’s Blair’s. 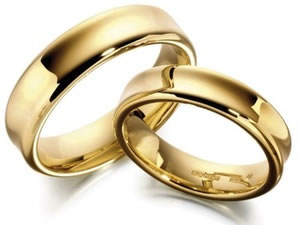 For ten years, the academy programme – started by Labour in 2000 as city academies, becoming academies in 2002, and largely the basis for the current government’s free school initiative – has required that schools teach the importance of marriage for family life.

A Telegraph story on Saturday claimed:

The importance of marriage is to be taught to every pupil at the government’s flagship free schools and academies.

The schools will be made to sign up to strict new rules introduced by Michael Gove, the education secretary, setting out what pupils must learn about sex and relationships.

Headteachers will be told that children must be “protected from inappropriate teaching materials and learn the nature of marriage and its importance for family life and for bringing up children”.

While it is true that the model funding agreement for free schools does contain the requirement – and it is indeed unfortunately placed in section 28 – these rules aren’t new at all. Although their existence has been unremarked on, it appears that every academy built is bound by the same requirement.

For instance, clause 42 of the John Wallis Church of England academy’s model funding agreement, dated August 2010 (pdf) contains the requirement, as does clause 29 of the master funding agreement for all ARK academies (pdf), which is dated 2006.

Even Bexley Business Academy, the very first academy, contains the requirement, in clause 26 of its funding agreement dated December 2001 (pdf).

Quite why the Telegraph thought these rules were new is unclear at this point, but they are not the first nasty buried in the academies project.

Way back in 2002, for instance, Emmanuel College in Gateshead, a then-new academy, was reported to be:

“…undermining the scientific teaching of biology in favour of persuading pupils of the literal truth of the Bible.”

That schools headmaster, Nigel McQuoid, then went on to be the head of a second academy funded by the same backer, Sir Peter Vardy.

Talking about that school, the King’s Academy, McQuoid described his teaching methods:

“The best example I can give of what it is like here is a sixth-form philosophy lecture I was giving. Shaquille was sitting there and he says, ‘The Koran is correct and true.’ And Clare, over here, says, ‘No, the Bible is true.’

“So we talked about the similarities between what they say and the places where they disagree. And we agreed that they could not both be true. And eventually I said, “Sorry Shaquille, you are wrong, it is the Bible that is true.”

This requirement to teach the importance of marriage is different, however, because it is imposed by the Department for Education rather than something that schools are free to pick or ignore.

That said, the fact that this has only come to light this year suggests that many schools are treating the agreement as guidelines rather than rules. One insider told Left Foot Forward that it may be the case that the academies themselves didn’t know the requirement was there.

Now, however, there is no excuse for its continued presence on the model funding agreement. Unfortunately, a government which is sending copies of the bible to every school in the land may not move as fast as it should to make that change.