Stewart Lansley argues that the crisis we are suffering is one of demand and inequality, and that we can solve both with a one-off redistribution of wealth. 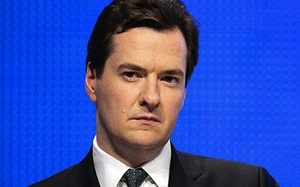 Stewart Lansley is the author of “The Cost of Inequality: Three Decades of the Super-Rich and the Economy”, published by Gibson Square.

In their report, “Divided We Stand”, the OECD has called for tougher action by governments to reverse the increasingly common trend towards greater inequality. It is a timely call. Such action may be the only hope of preventing the economy from sliding into a prolonged era of slump.

Indeed it is the strikingly unequal distribution of the national cake that is the main hurdle to recovery.

In search of greater dynamism, successive British governments have allowed, indeed encouraged, the fruits of growth to be colonized by a small business, financial and corporate elite. This has left the workforce with a shrinking share of the nation’s output, not just in the UK but across most rich nations from the United States to Germany.

In the UK, the upward transfer from wages amounts to the equivalent of around seven per cent of the economy.

This means that today UK consumers have around £100 billion – roughly equivalent to the size of the nation’s health budget – less in their pockets than if the cake was shared as it was in the late 1970s. In contrast, business and super-rich bank accounts have been swollen by a roughly similar amount.

In the bigger economy of the United States – where there has been an even greater switch of national income – the sum stands at around £500 billion. The effect of this concentration of economic power is that the two most effective routes out of the crisis have been closed.

First, consumer demand – the oxygen which makes economies work – has been choked off. Rich economies have lost billions of pounds of spending power; secondly, the slump in demand might have been less damaging if the winners from the process of upward redistribution (big business and the top one per cent) played a more productive role in helping recovery – they are not.

Britain’s top 1,000 super-rich are sitting on fortunes that are collectively worth £250 billion more than in 2000. The biggest global corporations are also sitting on near-record levels of cash. In the UK, such corporate surpluses now stand at over £60 billion, around five per cent of the size of the economy. This money could be used to kickstart the economy but is mostly standing idle.

The result is paralysis. With the national cake so unevenly divided, consumers have been denied the means to help revive the economy. Those with the economic muscle to do so are waiting for an upturn that cannot come without a boost to consumer demand.

There is only one solution to this problem – to transfer some of these surpluses to consumers.

Indeed, the OECD has asked all nations to review their “tax systems to ensure that wealthier individuals contribute their fair share of the tax burden.” This is a call to action that should be heeded through a one-off emergency tax on company surpluses over a certain amount along with a wealth levy on the super-rich, say those worth over £15 million.

This could be used to finance a single payment – akin to the annual fuel allowance – to all those in receipt of benefits. Even a modest tax, say 10 per cent, would raise upwards of £30 billion. There would be an element of rough justice about such a move, and there would be squeals of outrage from those affected.

But drastic times require desperate measures and the effect would be a one-off transfer from the winners from economic change since the millennium to the losers.

There are close, if more modest, precedents – the windfall tax on utilities in 1997 and the bank levy in 1981. The effect would be an immediate injection of demand that would bring an end to austerity, stimulate recovery, stop the hemorrhaging of jobs and lower the deficit. Those paying the tax would end up getting some of it back as revenues revived.

Allowing the fruits of growth to be increasingly unevenly shared in the name of greater efficiency has got us into this mess. If the distribution of national output – across the rich world – had been maintained at its level of three decades ago, idle surpluses would now be being spent by consumers, and we would be well on our way out of it. Re-transferring some of it back is the next best solution.

• The fragmented society: How irresponsibility and inequality feed off each other – Duncan Exley, August 12th 2011