David Cameron is already reaping the results of his spectacular misjudgement at Thursday’s EU summit, reports Ben Fox with the latest from Brussels. 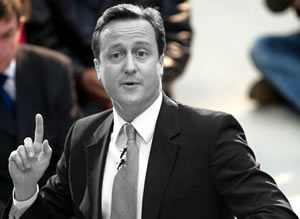 David Cameron is already reaping the results of his spectacular misjudgement at Thursday’s EU summit. The Liberal Democrats are furious, while Conservative Eurosceptics will soon realise Cameron has isolated Britain without winning any safeguards for the City of London.

Left Foot Forward understands that Cameron’s team arrived at the summit with a draft protocol on financial policy. The problem was that, unlike President Sarkozy and Chancellor Merkel – who publicly agreed their position and circulated it to all governments – Cameron gave no warning of his demands.

For a legally binding protocol to have had any chance to be agreed, it would have to have been formally discussed before the summit.

Another oddity was that Cameron’s proposal involved shifting financial regulation from majority voting to unanimity. This would have involved unpicking the Single European Act agreed by Margaret Thatcher.

For example, if unanimity existed, legislation on bankers’ bonuses, capital requirements, hedge funds and speculative short selling would all have been blocked by Britain or other countries.

Cameron’s demand for a right of veto on all financial sector legislation was opposed by all other EU countries on the grounds it was nothing to do with the eurozone crisis (which was the purpose of the summit) and because, in any case, it was unjustifiable.

At it was, Cameron’s position was so extreme he found no allies. With no back-up strategy Cameron threatened to veto the deal. The other 26 countries called his bluff and then proceeded without him.

A month ago, the main priority of Cameron and his ministers was for was the eurozone to get its act together. Through arrogance and cack-handed negotiation it ended up trying – and failing – to block the eurozone from doing so.

The irony is that Cameron extremism and failure to negotiate has delivered the one thing he feared, namely that the eurozone 17 would become an integrated group that caucuses and predetermines subjects that properly belong to the EU-27. This fear was shared by many of the other nine countries not in the euro – yet, at the end of the day, it has driven almost all of them to join with the 17 leaving the UK in a minority of one.

But Cameron has actually done his party no good. Although dramatically wielding the veto guaranteed 24 hours of positive coverage from Eurosceptics, the reality is Cameron didn’t win any of the safeguards for the City that he promised. In fact, City institutions (including many Tory donors) will almost certainly pay a large price. The EU-26 will now press forward with proposals on corporate tax and a financial transactions tax with or without Britain.

Moreover, as Tory Eurosceptics realise they have less influence but are still bound by EU legislation, more and more will shift to more extreme parties like UKIP and the BNP. It is now almost inevitable separate structures will be set up for the 26 countries who either agreed the deal or are awaiting approval from their national parliament, with Britain on the outside.

That will be bad for Britain and for the EU, with a whole new panoply of bodies, some with their own separate presidents.

But Britain has suffered the worst of all worlds. On policies for the EU-27 our MEPs will have fewer allies and we will have less negotiating clout in the Council of Ministers. On economic policy, and anything the EU-26 want to talk about, we will be shut out completely. Cameron has achieved splendid isolation – with nothing in return. Nice work, Dave.

30 Responses to “How Cameron traded influence for isolation”