Alex Hern rounds up the press responses, both here and overseas, to David Cameron locking Britain out of EU decision making for a generation. 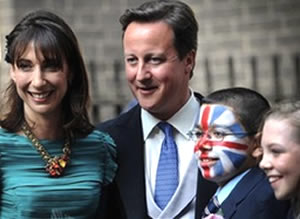 While Eurosceptics cheer David Cameron’s non-veto, the judgement of the worlds press on the Cameron’s ‘diplomacy’ is that it has locked Britian out of where the decisions are really made in Europe.

British Foreign Secretary William Hague sought to limit the damage on Friday morning, telling the BBC that Britain would continue to play a major role in foreign and economic policy.

Formally, Britain will remain a full-fledged member of the EU – and it will zealously insist on its rights. But Cameron will not be able to prevent his country from increasingly becoming a second-class member.

That’s because European economic policy is likely to be determined in the future by the euro zone and its associate members.

Liberal Conspiracy has a translation of Le Monde’s leader:

Let’s be fair. The British are not in favour of a crisis in the Euro. They do not carry any responsibility for the impotence of the leaders of the zone to resolve their problems of sovereign debt.

But there is a reason why the British distanced themselves from a movement towards more economic integration. They do not believe in it. They do not believe in the European idea. Today, they are isolated from this project, but it appears to be more essential than ever to forge a unique entity that can compete with other centres of power in the 21st century.

There can be no regrets over what happened in Brussels. There was ambiguity at the start. At the end, the British – who entered in 1973 in what was the then European Economic Community – are no longer interested in a unique market. The remainder of the European project is of no concern to them.

El Pais was running with the headline (apologies for the translation):

UK stands out of the agreement to strengthen the European Union.

Further afield, the New York Times was agreeing with the general assessment:

Twenty years after the Maastricht Treaty, which was designed not just to integrate Europe but to contain the might of a united Germany, Berlin effectively united Europe under its control, with Britain all but shut out.

Domestically, not all Liberal Democrats agree with Clegg’s appraisal of the day.

Chris Davies MEP, their leader in Europe, has broken ranks to speak out against Cameron’s handling of events:

David Cameron has today relegated Britain to the second division of Europe. He has guaranteed that we will lose our influence at the top decision-making table over issues that are bound to affect us. Imagine the scene in the soulless Council of Ministers building, in Brussels.

Around the table, amid the detritus of a dinner that had gone on far too long, were 26 leaders working to protect Europe’s economy – plus one, who seems to have been interested mainly in keeping Tory Europhobic knives out of his back.

Meanwhile, Sharon Bowles MEP was on BBC news insisting that the Liberal Democrats were still the party of Europe, and threatening to take up Irish citizenship to demonstrate just how dedicated to the EU she was. Now that is drawing a yellow line in the sand.

The London-based, but global-minded, Economist, perhaps summed it up best:

In my version of the English language, when one member of a club uses his veto, he blocks something from happening.

Mr Cameron did not stop France, Germany and the other 15 members of the euro zone from going ahead with what they are proposing. He asked for safeguards for financial services and – as had been well trailed in advance – France and Germany said no.

• Osborne starts to panic about the chance of a Robin Hood Tax – Owen Tudor, November 9th 2011

27 Responses to “The view from abroad: The day Britain locked itself out”