Leo Barasi examines whether the arguments that Labour can’t politically support deficit spending for growth hold up against the polling data. 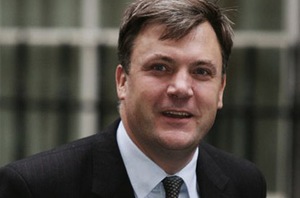 Leo Barasi writes about opinion polling at Noise of the Crowd

In his Times column this week (£), Daniel Finkelstein made a bold assertion:

“Plan B is incomprehensible to most people. Ed Balls ended up yesterday arguing that we are borrowing too much and that the way to borrow less is to borrow more…

“I promise you, this is never going to work politically. Ever.”

If Finkelstein is right, political factors are restricting the fiscal options open to the UK, regardless of the economic justifications or consequences.

Crudely, there are two broad visions of how the government can help the economy to recover.

The coalition’s view is that reducing government spending now will reassure the markets that we have a credible plan to pay off our debts, and the smaller state will also encourage private sector activity, stimulating growth.

An alternative view is that cutting government spending prevents growth, which not only means it will take longer to recover, but also risks scaring the markets about our ability to pay off our debts. Only more spending now, relying on more borrowing, can stimulate the growth that will allow Britain to turn the corner.

Both strategies have plenty of supporters and opponents, including among those with prestigious economic credentials. To preclude either approach, just on the basis of its being too politically unworkable, would be an alarming way to tackle an economic crisis. Yet this is exactly what Finkelstein says has happened.

The polling is tricky to untangle because the alternative plans can be described in such a variety of ways. However, the general picture suggests the ‘borrow more to borrow less’ approach may not in fact be politically impossible.

Lord Ashcroft’s recent poll (pdf) found 60 per cent support the government’s plan, and 40 per cent an alternative. But that alternative approach is sold short in his poll. It’s described as slower cutting to reduce the pain, leaving out the argument that more spending could stimulate the economy and avoid worse problems induced by stagnation. The 40 per cent figure is thus lower than a more balanced description would produce.

A more useful guide is a question periodically included in YouGov’s polls for the Sunday Times. Since July (pdf) they have asked whether the government should continue with its strategy of reducing the deficit, or whether it should change strategy to concentrate on growth. It’s a fair summary even if it doesn’t cover the full arguments.

Tracking this question, as Chart 1 shows, reveals there has been a significant movement towards the ‘concentrate on growth’ argument, and this now (pdf) has more supporters than the ‘tackle the deficit’ strategy. As Chart 2 shows, it’s interesting to see how this movement works out across the parties’ current supporters. Tory voters haven’t changed their view much, and Labour supporters have only slightly hardened their own view. But the danger for the coalition is that Lib Dem voters are now much less convinced about the government’s strategy. Yet this still doesn’t tell us whether the alternative is a politically viable strategy. Even if a ‘borrow more now’ plan had public support, it might not be treated kindly by the media or even the markets. And our electoral system requires more than piling up votes among heartland supporters.

Looking at the responses by region, we see a problem for Labour. Support for ‘concentrate on growth’ is highest where Labour is already stronger: the North, Midlands, Wales, and Scotland (where the SNP may fight on similar ground). But in the South, where Labour needs to gain ground, support is weaker.

Similarly, as Chart 3 shows, there is low support in London, a barrier to changing media coverage. This distribution makes life harder for the ‘borrow more now’ strategy, but it certainly doesn’t mean that it’s politically impossible.

As we’ve seen, the trend over the last few months has been for growing belief that the government is paying too little attention to growth, albeit without the polls fully testing whether there is appetite for more short-term borrowing to reduce long-term borrowing.

This trend has developed with no prominent politician consistently arguing for this approach, and indeed with most declaring the necessity of the opposite. Ed Balls has at times suggested that there could be an alternative strategy along these lines, but without the rest of his party’s vocal and consistent backing.

Yet even in this landscape, it’s striking that more now think the government should go for a strategy that lowers the short-term priority of deficit reduction. This hasn’t translated into changed political or media interpretations of the task ahead, and so for now that strategy may feel so outlandish as to be politically impossible.

But it may not stay that way. Finkelstein is probably right that Labour would be panned as deficit deniers if they came out clearly behind a policy of ‘borrow more to borrow less’. Yet, the mood of the country has shifted. If it continues to move, the economic options may prove to be wider than they seem.