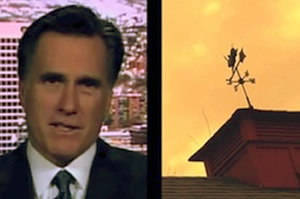 The push to become the Republican presidential nominee continues ever onwards. The big news this week is the uncovering of historic allegations of sexual harassment against the current “anyone but Romney” candidate, Herman Cain.

The LA Times broke the story on Sunday evening:

Republican presidential candidate Herman Cain is denying allegations that he had been accused of sexual harassment when he was head of the National Restaurant Assn.

“Inside-the-Beltway media have begun to launch unsubstantiated personal attacks on Cain,” Gordon said in a written statement to the Associated Press.

“I recused myself and allowed my general counsel and my Human Resource officer to deal with the situation.”

Then his ex-HR officer denied having had any dealings with the accusations, as Politico reports:

“No, I do not,” said Mary Ose, the former human resources chief when asked if she was aware of allegations about Cain’s behavior from his time.

Cain also denied knowledge of the reported five-figure payout to the employees, which was paired with a confidentiality agreement, saying:

“If the Restaurant Association did a settlement I wasn’t even aware of it and I hope it wasn’t for much because nothing happened.”

Mere hours later, he accepted he knew of the payment, but didn’t know how much it was:

“My general counsel said this started out where she and her lawyer were demanding a huge financial settlement… I don’t remember a number.”

Finally, we get Cain’s positively Clintonian non-denial denial, when asked whether he had invited one of the women to his hotel room:

“That I absolutely do not recall. You know, I have no recollection of that.”

Herman Cain’s response to all of this? A rousing rendition of He Looked Beyond My Faults:

At the saner end of the campaign, the Huffington Post reports on Mitt Romney’s front-runner media strategy – don’t say anything:

The Romney campaign, running this cycle from a frontrunner position, has scaled back on the candidate’s accessibility from four years ago and rarely allows for such unguarded moments on the campaign trail.

While Romney has taken the stage for primetime debates and has done a few cable news hits, he’s avoided lengthy interviews with magazines to which he spoke in 2008 – such as Time and Newsweek – and hasn’t appeared on any of the Sunday morning chat shows, a traditional pit stop for any presidential contender.

The reason for this strategy becomes clear when we see the angle Jon Huntsman, dubbed by Wonkette “America’s only Communist Republican”, is using against Romney. Huntsman described Romney as being a “perfectly lubricated weathervane on the important issues of the day”, and followed that up with a video showing Romney’s multiple points of view on issues such as healthcare, climate change, and economic stimuli.

As Wonkette says, covering the launch of his new campaign ad:

This is his “grand plan”, just doing the exact opposite of whatever he was doing before, to try to win back voters who have come to hate him so much that he is losing to Herman Cain even in his own state.

We will have more on the US Presidential race in the World Outside Westminster in Look Left on Friday; sign up to the Left Foot Forward email service to receive it in your inbox.

9 Responses to “USA 2012: Cain self-destructs, and Huntsman attempts to drag Romney into the fray”