Matthew Pitt explains why the SNP can't be smug about their unemployment figures, no matter what they may claim. 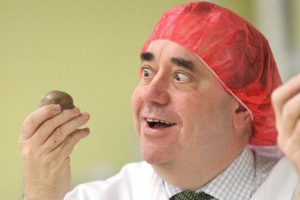 The short-lasting honeymoon period for youth unemployment figures in Scotland is over and there is now a real danger of a generation being abandoned by an overzealous government in Westminster and a single-minded SNP government in Holyrood that is following the wrong priorities.

Scottish unemployment rate now stands at eight per cent, an increase of 0.3 percent from last month. Although the rate remains below that of the UK, it is important not to be lured into a false sense of security concerning the robustness of the Scottish economy and its ability to withstand the austerity cuts that are still to come.

There are four main areas that are being neglected or misrepresented by the SNP that Labour is demanding urgent action on in order to build an economy fit for purpose and avoid forcing a whole generation out of the labour market.

Firstly, the boast that headline unemployment figures are better than those in the UK overall mask the fact that the number of 16-24 year olds claiming Jobseeker’s Allowance increased by 0.3 per cent compared to last year and youth unemployment by 14,000 since last month.

The urgent need to get young people into work cannot be understated. With 84,000 youth now unemployed in Scotland, it is time for the SNP to stop blaming Westminster and turning a blind eye to the austerity cuts whose real effects will hit Scotland in 2013.

Addressing an already disadvantaged group in the jobs market, it is vital to ensure young people get the access and support they need to find a job.

As part of its five point plan, Labour has therefore proposed a two billion pound tax on bank bonuses to fund 100,000 jobs for young people and build 2,500 more affordable homes. Without the necessary skills and experience early on in life, there is a real danger of creating a lost generation and the SNP need to urgently face the truth that it has no plan to fix the problem.

The second argument by the SNP is the claim that Scotland is faring better compared to the UK, which is simply not true. Employment is now more than three per cent under its pre-recession peak despite the total UK employment experiencing greater recovery and now stands at over 1.5 per cent

To help the Scottish economy, Labour has called upon the government to help small business throughout the country by introducing a one year national insurance tax break for every small firm that takes on extra workers.

Thirdly, blaming the dire state of the economy on the troubles in the eurozone is not supported by figures.

The eurozone itself grew three times faster than the UK did over the last year whilst growth in Scotland has been almost flat in the first two quarters this year and business surveys indicate no tangible improvement in the third quarter.

According to the latest data available by the Scottish government, Scotland remains under its pre-recession GDP by a staggering four per cent and yet the SNP has cut capital investments more than double compared to the UK in the last two years.

In order to boost job growth and avoid any further weakening of the Scottish economy, Labour is urgently demanding the SNP to bring forward long-term investment projects, such as schools, transport and road.

Fourthly, the SNP overlook the fact that Scotland has a much stronger bias towards part-time work than the UK. The drop in full time workers in Scotland continues and the most recent data record a 1 per cent change since last year. This has been overshadowed by a burgeoning part-time uptake. Having fallen by a mere 7,000 during the recession, it has now grown by more than 43,000 higher than the pre-recession peak.

With a lack of full-time employment jobs, it is important to help squeezed households and businesses at a time of increased hardship. For this reason, Labour is demanding that the government reverse its damaging VAT rise for a temporary period and cut VAT on home improvements, repairs and maintenance to five per cent for one year in order to help struggling families, businesses and pensioners and .

Instead of avoiding the problems plaguing the Scottish economy, both governments need to tackle the issues undermining the prospects for growth and focus on implementing Labour’s five-point plan in order to get the economy moving and full-time jobs growing.