Kate Hudson reveals the extraordinary sums spent on Trident without any scrutiny by parliament. 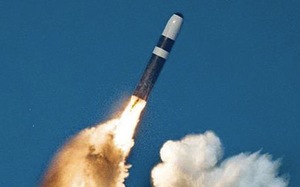 Following last week’s announcement that the Nick Harvey-led ‘Trident Alternatives Review’ would not be made public, the Government has admitted that it has committed a further £2 billion to replacing Trident.

This spending is in addition to the £4 billion which it is already known will be spent before 2016, when a Parliamentary decision is due to take place on whether or not to replace Britain’s nuclear weapons system. Of this £4 billion, £1 billion has already been spent on items including steel for the submarine hulls themselves.

£734 million will be spent on the ‘Mensa’ warhead assembly/disassembly plant. ‘Pegasus’, a highly enriched uranium plant will cost £634 million, and a further £231 million will go on a high explosives facility – ‘Circinus’. Other infrastructure costs bring this to just under £2 billion.

Further expenditure was excluded on the basis of departmental “commercial interests” and will no doubt be dripped out in the future to reduce the impact of the costs as a whole.

In October 2010, the government announced that it would be postponing the decision on whether or not to replace Britain’s nuclear weapons system until the next parliament in 2016. But by investing in the infrastructure of developing warheads and highly enriched uranium etc. they are pre-empting parliamentary authorisation.

Caroline Lucas has decried the “culture of secrecy” around military decision-making. It is hard not to come to the same conclusion.

First the only serious challenge to Tory hegemony on the question of Trident replacement is being buried. This is in spite of the fact that just two months ago Nick Harvey was claiming that his review would be a “game-changer”.

Now the full scale of investment in a new nuclear weapons system is coming to light: to the tune of £6bn. The lack of parliamentary scrutiny is to be deplored, and MPs like Caroline Lucas are rightly outraged at the Tories sidestepping democratic accountability.

11 Responses to “Bypassing parliament, or: How the Tories learnt to stop worrying and renew the bomb”