Reg Platt argues that climate change denial gives the green movement the impetus it needs to evolve and strengthen. 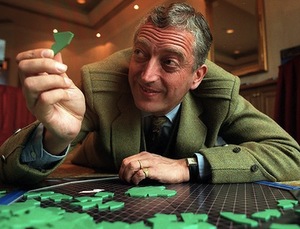 Negative media focus on climate change policy has become commonplace. While in one sense this puts climate policy in its most vulnerable place for many years, I believe it will emerge stronger, more cost effective and better placed to lead the economy back to prosperity.

Barely a week goes by without a new headline splash on the cost of renewables. Recently, the Sunday Times and a Panorama edition reported on a yet to be seen report by KPMG (the launch of which has since been delayed and a press release has been pulled) that will apparently make the economic case for gas up to 2020.

The GWPF was set up by Lord Lawson in the run up to the Copenhagen Climate Change Summit. They describe themselves as:

“open minded on the contested science of global warming”

“deeply concerned about the costs and other implications of many of the other policies being advocated”.

A brilliant expose by Bob Ward detailed how the GWPF is “spreading errors”.

At the behest of the Press Complaints Commission, the Daily Mail has issued two corrections after it published errors on the cost of green policies, apparently sourced from the GWPF.

Earlier this week Chris Huhne, the Secretary of State for Energy and Climate Change, has himself been moved to address instances where the GWPF has, as he puts it, been “misinformed” and made “conclusions (that) are poorly supported by the underlying science evidence”.

With all of this negative media attention one might be forgiven for thinking action on climate change is in its most vulnerable state since going mainstream but in fact the opposite is true: in the UK scepticism on climate change science was still commonplace until only recently but scientific rationality has prevailed and a voting majority now believe man-made climate change exists.

This is why it is the cost and combination of policies to reduce emissions that are currently the main targets for detractors, and not the reason why they need reducing.

Even a second release of emails from climate scientists at UEA, clearly timed to impact the upcoming international negotiations in Durban, has achieved somewhat underwhelming coverage.

There is also some comfort to be taken from a recent study from Reuters’ Institute for the Study of Journalism into media reporting of climate change that concludes scepticism on climate science is largely an Anglo-Saxon phenomenon.

It is instructive to look at some seemingly contradictory coverage from the Daily Express, attacking green spending on the one hand while attacking cuts to renewable subsidies on the other; and the Daily Mail with features on ‘green taxes’ and community scale solar installations.

There appears to be friction between an editorial line that is against paying for green policies and a readership that is interested in the benefits that can come from green policies, specifically a policy to increase take up of solar PV technology.

The attention on costs, however, is not unfounded: climate change policy is suffering the consequences of a complacent approach that has led energy bill payers to bear too many costs without their knowledge or support. In this age of austerity it is right that green spending is rigorously reviewed in the same way as all other public spending. Climate change policy must embrace this period of creative destruction and evolve.

As Matthew Lockwood explains, fulfilling our obligations according to the EU target of generating 15 per cent of the UK’s energy from renewable sources by 2020 is not enough of a reason to subsidise expensive renewable technologies; advocates need a robust explanation for why the target should exist at all when other decarbonisation routes might be cheaper.

He argues for a focus on technology policy. In a similar vein I believe we need to move away from framing climate change spending through the lens of ‘cost minimisation’ and instead focus on ‘growth maximisation’. If policy options can be evaluated according to the return on investments they generate, important inroads would be made to overcoming the main block to faster action, the Treasury.

• Is a ‘green populism’ possible, and can Labour help foster it? – Guy Shrubsole, September 26th 2011