The Resolution Foundation today published a new paper by Professor Lane Kenworthy of the University of Arizona; James Plunkett reports. 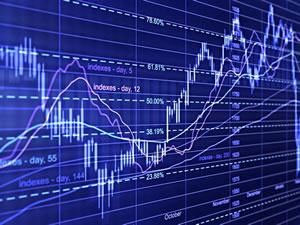 The Resolution Foundation today published a new paper (pdf) by Professor Lane Kenworthy of the University of Arizona. The report makes particularly interesting reading in advance of the chancellor’s autumn statement next Tuesday.

With UK commentators squarely focused on growth, the paper asks a simple but important question: when does economic growth benefit people on low to middle incomes – and why?

First, if you look across the world’s rich nations, the main thing that explains why ordinary working people get better off over time is less the extent of economic growth and more the extent to which growth ‘trickles down’ to those in the bottom half.

In statistical terms, the variation in household income growth is explained more by the relationship between growth and income and less by the overall level of growth.

That’s an important and surprising finding because it means that, although a focus on economic growth is important, it misses a massive part of the story. We need to worry just as much about the kind of economic growth we are achieving.

So what explains why some economies see ‘good growth’ (that trickles down) and some see ‘bad growth’ that doesn’t?

The story is quite different for the two groups.

For households on low incomes, the answer is stark: generally speaking, growth doesn’t trickle down into higher wages. Instead, low income households only really benefit from economic growth if governments redistribute the proceeds through the tax-benefit system (the dark green bars in Figure 3 below).

Moreover, and importantly, when the generosity of the tax-benefit system doesn’t rise (as in the US and Canada), wages don’t step in to the fill in the gap; instead, household incomes simply flat-line.

For households on modest income, by contrast, employment income is much more important. Generally speaking, about half the growth in household income among this group comes from employment rather than more generous government transfers. In other words, ‘trickle down economics’ works for this group a bit – though the role of the tax-benefit system remains significant.

Generally speaking, then, our obsession with growth is justified, but it must be accompanied by an equally obsessive focus on another big question: when economic growth does finally return, how can we make sure it filters through to ordinary working people?

15 Responses to “When does economic growth benefit people on low to middle incomes – and why?”