The number of young people not working or learning is now at record levels and there is little to suggest the situation will improve, says Sally Hunt. 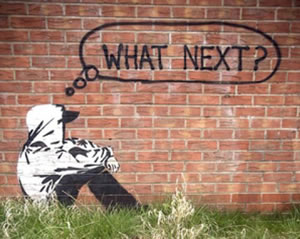 Official figures published today reveal almost one in five 16-24-year-olds (1,163,000) are not in education, employment or training – an increase of 137,000 on this time last year; the number of young people not working or learning is now at record levels and there is little to suggest the situation will improve, says Sally Hunt, General Secretary of the University and College Union (UCU)

Labelling this government as out of touch with ordinary people and driving through ideological rather than necessary cuts is a popular past-time, but a quick analysis of what is happening to our young people makes for quite difficult reading.

With the job market getting tougher by the day for young people access to education and careers advice has never been more important.

However, the government has trebled tuition fees, axed vital financial student support (in the form of the education maintenance allowance – EMA) and got rid of the future jobs fund. There are not even spurious economic arguments the government can use to defend this approach.

The hike in tuition fees will cost the treasury in the short-term as it funds increased student loans and the removal of the EMA will leave government with a benefits bill that exceeds the cost of the EMA as young people cannot afford to stay in college.

One in five young people is now classified as not working or learning and that has huge implications for their future and the economy. A study (pdf) released last year estimated the lifetime cost to the economy of 16-18 year-olds not in education, employment or training in just one year could be as much as £77 billion.

Today’s figures are a worrying reminder that we need to do more to help young people get on – not price them out of education and consign them to the dole queue. Public spending on education in the UK is falling at the fastest rate since the 1950s and the Institute for Fiscal Studies has warned the government’s austerity programme will cut the living standards of Britain’s families by more than 10% over the next three years.

Most worryingly, it concluded it will be those on the lowest incomes who will suffer the most. The government cannot simply push ahead with policies that leave young people without access to the key things that help us get on in life – education and work. The short and long-term needs of the country depend on a highly-skilled workforce.

If the government thinks the price of education is expensive, it should consider the cost of ignorance.