Nigel Stanley lays out the details on the difference between public and private sector pensions, and shows that like for like, they aren’t that different. 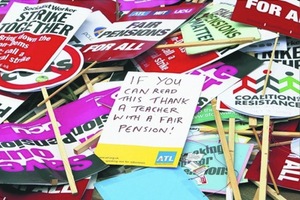 And of course they are right. Pensions in the private sector have collapsed.

Yet cutting a nurse’s pension will do nothing to boost the pension of a shop-worker, and we should challenge these critics to set out exactly what they mean when they say that public sector pension provision should be more like that in the private sector.

The key facts are:

• Two in three private sector workers are not members of a workplace pension scheme;

• Private sector pension provision increases sharply with pay, while in the public sector it is much more evenly distributed;

• Two in three public sector staff earning between £100 and £200 a week are in a pension while only one in seven private sector employees in the same wage band are in a pension;

• Pension provision in the private sector varies hugely between sectors, with four in five workers in the energy sector having a pension, but only one in 16 in the hospitality sector having one;

• While senior public sector staff are in the same schemes as the rest of the employees in their sector and often pay bigger percentage contributions, top directors in the private sector (FTSE 100 directors) have pensions worth nearly £4 million on average. 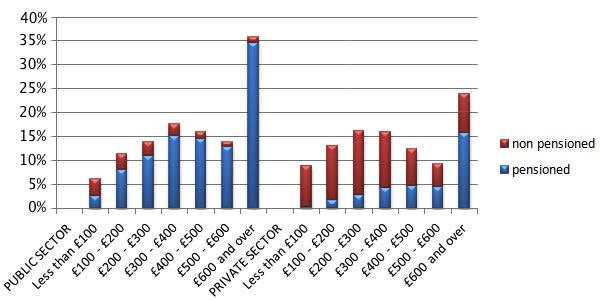 Making public sector pensions as unfair as those in the private sector does nothing to increase fairness.

If we compare like with like, the two sectors look very similar. Private and public sector defined benefit (DB) pension both have average employer contributions of about 15 per cent. Nearly three in ten (28.2 per cent) private sector DB schemes have employer contributions of more than 20 per cent of salary, compared to 17.9 per cent in the public sector.

Private sector defined benefit pensions have been in steep decline, but defined contribution (DC) provision has not filled the gap as the critics claim. Since 1999 DC pension coverage has only increased by just 2.5 per cent of private workers, while DB coverage has fallen by 19.1 per cent of the workforce. DC at 18 per cent of the workforce is now ahead of DB (11 per cent) but the big switch is to the unpensioned – a collapse from 48 per cent to 29 per cent.