Campaigners and politicians across the political spectrum are outraged at the implications the closure of Swansea coastguard station will have for safety. 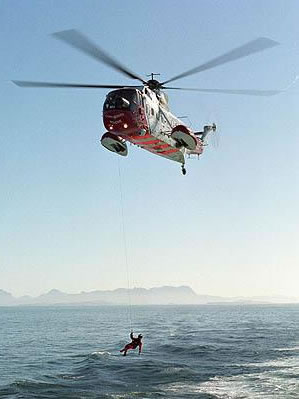 Just weeks after Welsh first minister, Carwyn Jones, formally pressed the UK Department for Transport to reconsider plans to close Swansea coastguard station, junior transport minister Mike Penning has confirmed just that, prompting concern from campaigners and politicians across the political spectrum about the implications it will have for safety on some of the UK’s busiest waters.

Under the government’s plans, though stations in Milford Haven and Holyhead will remain open, the coastguard co-ordination centre at Swansea will be among eight across the UK to be closed by March 2015.

This is despite Swansea being the busiest station in Wales and third busiest anywhere in the UK.

Arguing that the decision in part was due to Swansea already employing high numbers of civil servants at the Driver and Vehicle Licencing Agency (DVLA), Penning said:

“After many years of uncertainty, these reforms provide a clear plan for the future of Her Majesty’s Coastguard. They will deliver a resilient and fully networked national rescue coordination service.

“They will make much better use of the talents and skills of our coastguards and will provide more interesting and rewarding work with better pay.

“The UK coastguard has a great heritage. This is a blueprint for a 21st-century coastguard that commands even greater respect and it will provide an organisation of which coastguards themselves and all of us can be justly proud.”

The reforms, however, have been met with both disappointment and anger across the political spectrum in Wales.

Lib Dem AM for South Wales West, Peter Black, said the planned closure of the Swansea station – by a government of which his own party is a part – failed to recognise the cross-party support there was for stations remaining open and would risk lives in one of the busiest stretches of water in the UK.

Looking ahead to what to do next he declared:

“I would urge the unions representing staff at Swansea to consider a judicial review of this decision.”

For the Welsh government, Carwyn Jones was clear in his dismay, arguing the linkage between DVLA jobs and the coastguard station were completely irrelevant.

Expressing his anger at the decision, Jones said:

“I am very dismayed the UK government has ignored a major campaign against the proposed changes which, we argue, will put pressure on emergency services and potentially put lives at risk. Over a million people have signed a petition against these proposals, which clearly shows the strength of feeling against these plans.

“One of the UK government’s reasons for closing the Swansea Coastguard Station – Wales’s busiest and the third busiest in the UK – is that the Department of Transport already employ large numbers of people in the city at the DVLA. This is unacceptable. DVLA staff are a completely separate issue and have no influence on safeguarding our coastline.

“It is clear the UK government has paid no regard to the safety of the many thousands of people who visit and use our coastline for business and pleasure.”

The first minister’s comments were echoed by Plaid Cymru’s Bethan Jenkins, who said:

“It has been a poorly organised and clumsy process, and has left South Wales considerably worse off. There has been a huge campaign locally to save the station which I have been actively engaged in, and a petition calling for the station to remain has gathered more than 100,000 signatories.

“I know the people of Swansea and of south Wales will be bitterly disappointed that we have lost this important resource, but I urge campaigners not to give up, and to state loudly and clearly that they oppose the UK Government’s decision today.”

Wales Office minister David Jones, meanwhile, has sought to make political capital out of the decision by arguing the retention of the Holyhead and Milford Haven stations was far better than the previous government’s plan for one station to be left open.

Tony Colbourn, chairman of the “Save Swansea Coastguard” campaign, has made clear legal advice is already being sought over whether a judicial review would be possible, arguing the Department for Transport was compromising safety.

• Will the ‘Big Society’ have to cover for Scottish coastguard cuts? – Ed Jacobs, February 14th 2011