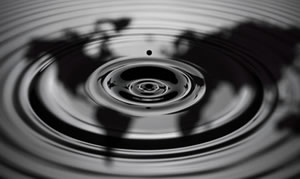 Richard Dyer is a transport campaigner at Friends of the Earth

Another people’s parliamentary debate – and another headache for the government, this time on fuel prices. It’s a perennial problem. You only have to think back to the fuel protests in 2000 to see this issue isn’t going to go away with a penny off duty here, or a scrapping of the fuel escalator there.

Successive governments have failed to wean the UK off our addiction to oil. And with petrol prices spiralling, motorists are now paying the price.

Put simply, a radical new approach to transport is needed. We need cars that use less fuel and we need action to make other options – like walking and cycling for short journeys, and public transport for longer ones – more appealing.

With nearly six in ten car journeys ending before the five mile mark, a lot of this fuel is going up in smoke on travel which could easily be done by bike or bus. Yet we need Government action to make this more attractive. Taking to the saddle in winter, on main roads rather than dedicated cycle lanes, is often treated as being just as intrepid as venturing up the Amazon.

Making other transport options a smarter choice than cars will cut emissions too. Transport accounts for a quarter of UK emissions, with 90 per cent of this coming from road traffic. It will be considerably harder to meet our legally-binding target of cutting emissions by 80 per cent by 2050 if we don’t tackle these emissions now.

The Government urgently needs to steer us in to the fast lane to cleaner, greener transport – reducing carbon emissions, our dependency on foreign oil and enabling people to travel quickly and easily by public transport rather than gridlocked roads.

We’ll still need to use cars – so smarter, more efficient vehicles which use less fuel are a must.

We support EU plans currently being formulated to tighten emissions standards for cars. The car industry has frequently stalled on producing more efficient vehicles and the government must jump-start them into tough action.

At the same time, we need motoring around in gas-guzzlers to be made much more expensive.

Prices at the pumps are a squeeze on us all, and will continue to be so until the Government finally gets a grip on a transport system running on empty.

21 Responses to “Our outdated transport system is running on empty”