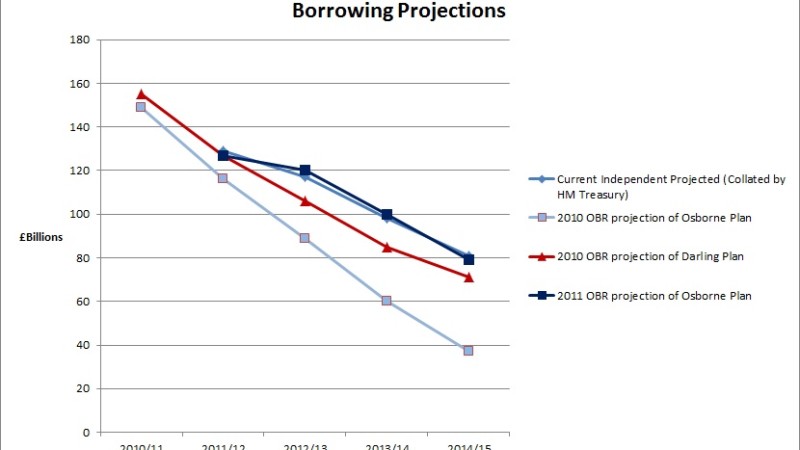 The raw figures are here:

In fairness to the Chancellor, he claims that if the Darling plan had been implemented, given low growth, the public sector would have borrowed around £100 billion over the course of the parliament than the Coalition is due to.

However, the argument between the frontbenches is about how much the additional Osborne cutting strangled growth. Whoever is right, we now know this: The government is due to borrow at levels it once said were irresponsible and a sure route to disaster.