Ed Jacobs writes about the crisis forming in Welsh Nursing - half have considered leaving - and covers the work Cafcass Cymru faces to improve its performance. 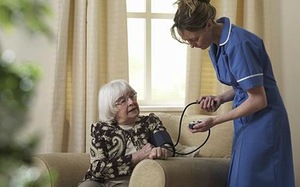 Almost half of all nurses in Wales have considered leaving their posts in the last year, according to new figures out today.

In its annual survey of members, the Royal College of Nursing in Wales reports nearly two-thirds (64 per cent) of its members felt under more stress than they did a year ago and one in three were looking for a new job.

• Thirty seven per cent reported they work excess hours several times a week with 34% of these not being paid for the extra work;

• Twenty eight per cent have experienced harassment or bullying from patients or their family.

Publishing the results on the day Welsh health minister Lesley Griffiths revealed the Welsh government’s plans for the NHS, Tina Donnelly, director of the Royal College of Nursing in Wales, commented:

“Safety and wellbeing of the patient is paramount and a decline in registered nurses and healthcare support workers in the workplace has a direct impact on patient safety. I am worried by the figures that show 64 per cent of nurses in Wales feel more under stress and nearly half have considered leaving their job.

“It is not acceptable that nurses are being pushed to breaking point due to low staffing levels and extremely high workloads.”

Responding, a spokesman for the Welsh government sought to emphasise the importance of nurses to patient care, explaining:

“There are more nurses working in the NHS in Wales and more in training. We have set clear career paths for nurses, including advanced nurse practitioners and hospital ward sisters, and are improving training for healthcare support workers to ease pressure on nurses.

“NHS organisations have invested in programmes to support wellbeing of the workforce including responding proactively to violence and aggression, including verbal assaults by patients and families.

“It is for NHS organisations to ensure that they have the appropriate skill mix of staff to meet fluctuating demand.”

Wales Online, meanwhile, today reports the chief executive of Cafcass Cymru, the Children and Family Court Advisory and Support Service in Wales, has pledged to improve its performance after a report by the Care and Social Services Inspectorate Wales (CSSIW) said its work was merely “satisfactory”.

The CSSIW went on, it is reported, to conclude the service’s capacity to improve was “inadequate” and called on it to review the structure of the organisation to improve its leadership, management oversight and accountability. It also called for it to conduct a complete review of its complaints processes, procedures and practice, and improve complaints handling across the organisation.

“2010-11 was a challenging year for the service and we were pleased that the outcome of the CSSIW inspection was a satisfactory one, but we are determined to improve upon that and have already started to implement the recommendations of the inspection.

“All of the organisation’s staff remain very committed to working hard to improve outcomes for children, young people and families involved in court proceedings, and we will continue to work together to address the challenges we face over the coming year.”

• King’s Fund apologise for “error” in figures on health spending in Wales – Ed Jacobs, May 27th 2011