Dr Tristan Learoyd explains why the coalition's focus on preventative medicine is a smokescreen for cuts, and is doomed to inefficacy, because of the cuts. 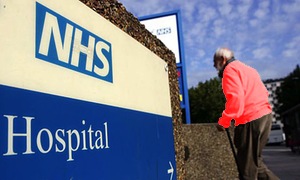 Dr Tristan Learoyd is a board member of the Royal Pharmaceutical Society, and writes here in his personal capacity

As part of their NHS agenda, the Tories and Liberal Democrats have made much of a public health service and the devolution of four per cent of the NHS budget to local government (pdf). Preventative medicine has appeared as way for the coalition to find savings.

The theory is underpinned by the inverse pyramid of NHS cost: the further into NHS services one travels the lower the number of patients but the higher the cost of treatment.

The coalition are banking on keeping people fit and well to reduce money spent on the NHS, despite the percentage of GDP the UK spends on health being below comparative spending in similar developed nations.

Preventative medicine, or public health, appears as though it is a new concept in many of the Coalition’s reports (pdf). Yet it was an invention of the 19th century. Preventative health interventions may have been slowly emerging ever since – ironically they were mainly stalled by the frequent election of Conservative Party governments throughout the 20th century.

The lag time in outcomes from any public health intervention was not predisposed to reactive right wing politics. Preventative medicine shows beneficial health outcomes and a reduction in costs, but improved morbidity rates are realised over the long term. Until now the Conservatives have been reluctant to pick up the preventative medicine baton.

However, it is highly likely that the coalition’s new found love for preventative medicine will be short lived, as their interventions will be wiped out by their own austerity measures.

Public health is heavily dependent upon sanitary conditions such as good housing, and yet housing grants are being cut for social housing providers. It relies heavily upon social capital, and yet local authorities are being forced to close community centres across the country. It also relies on benefits such as the winter fuel allowance, and yet the allowance has been cut and there is a reluctance to take on the cartel of energy providers.

Above all good public health relies on high household income, but with tax credit cuts and unemployment at a 17 year high any preventive medicine intervention will likely pale into insignificance.

The coalition’s economic naivety aside, it is unlikely the government is looking at the long term health improvement of the majority with a game changing election in 2015. So, for what other political purpose could preventative medicine serve the coalition?

The coalition’s focus on public health may well prove to be a deception, but irrespective of its political and moral motivations, any interventions in public health using public money won’t work unless the country has a high level of employment at a living wage and a workable welfare state. There is no medical intervention that can match such social interventions in improving sanitation and consequently the public’s general health and wellbeing [£].

In the unlikely event that David Cameron’s government are honest about their commitment to public health, it appears the best intervention they could make would be replacing George Osbourne and his austerity plan.
See also:

• Will Tories and Lib Dems betray their own words as well as the NHS? – Alex Hern, October 25th 2011

• Drug addiction should be a health issue not a criminal one – Caroline Lucas MP, June 16th 2011